The video of Ray Rice hitting his then-fiancee and the NFL's response inspired some genuine outrage and opinions from many. But if we're being honest, many will probably forget about the central issue—domestic violence—when that clock moves past 1 PM and those games start rolling. Twitter is making sure that doesn't happen.

Social media is raising awareness not through words and banter, but also through visuals. The #GoodellMustGo hashtag was accompanied by an image of a model from CoverGirls’ NFL makeup line. Here it is in its regular form: 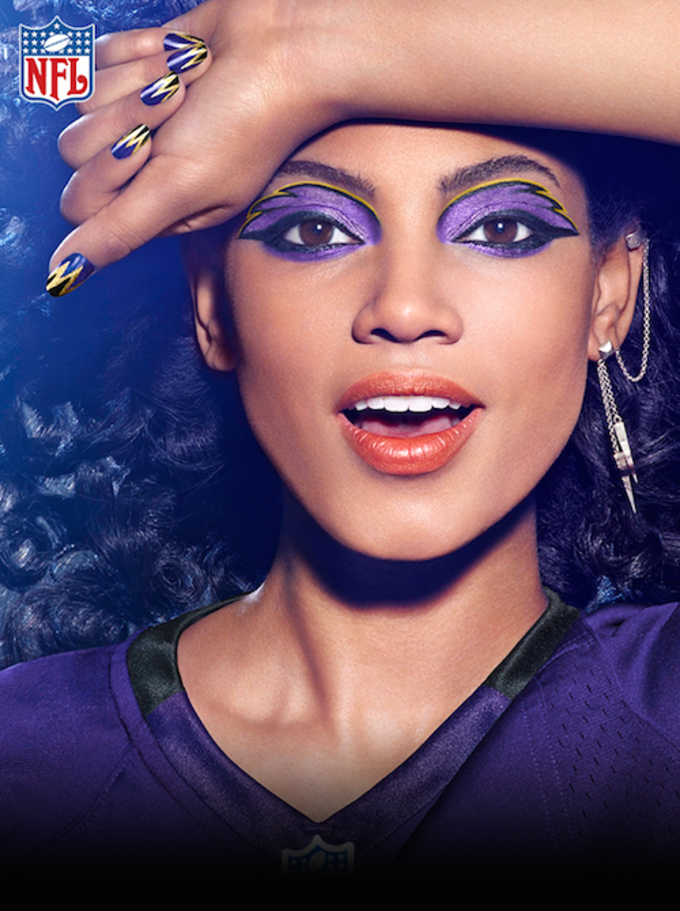 And here is the one that was spreading under that hashtag:

The dagger is obviously pointed at Goodell here, but it also puts pressure on CoverGirl for standing by the league over its poor handling of the issue. (#Boycott49ers is a thing, too, because defensive end Ray McDonald is still active despite a felony domestic violence charge from less than a month ago).

Bloomberg reports that women's advocacy group Ultraviolet will fly planes carrying banners with the words #GoodellMustGo over multiple stadiums during game time. So no, Goodell won't find solace within gameday.

[via For The Win]