We can't imagine what Janay Rice is going through right now. Outside of the fact that she's still dealing with what took place between her and Ray Rice back in February at the Revel Atlantic City hotel and casino, she's also being forced to do it in just about the most public way possible. Yesterday, TMZ Sports released video footage of one of the worst moments of her life and it's been all that anyone has talked about over the course of the last 24 hours.

With that in mind, Janay took to her Instagram account earlier today and posted a very emotional message detailing exactly what life is like for her right now. In the message, she also defended her husband, slammed the media coverage surrounding the release of the elevator tape that TMZ Sports put out, and explained that she and Ray are continuing to work through their problems.

Here's what Janay had to say: 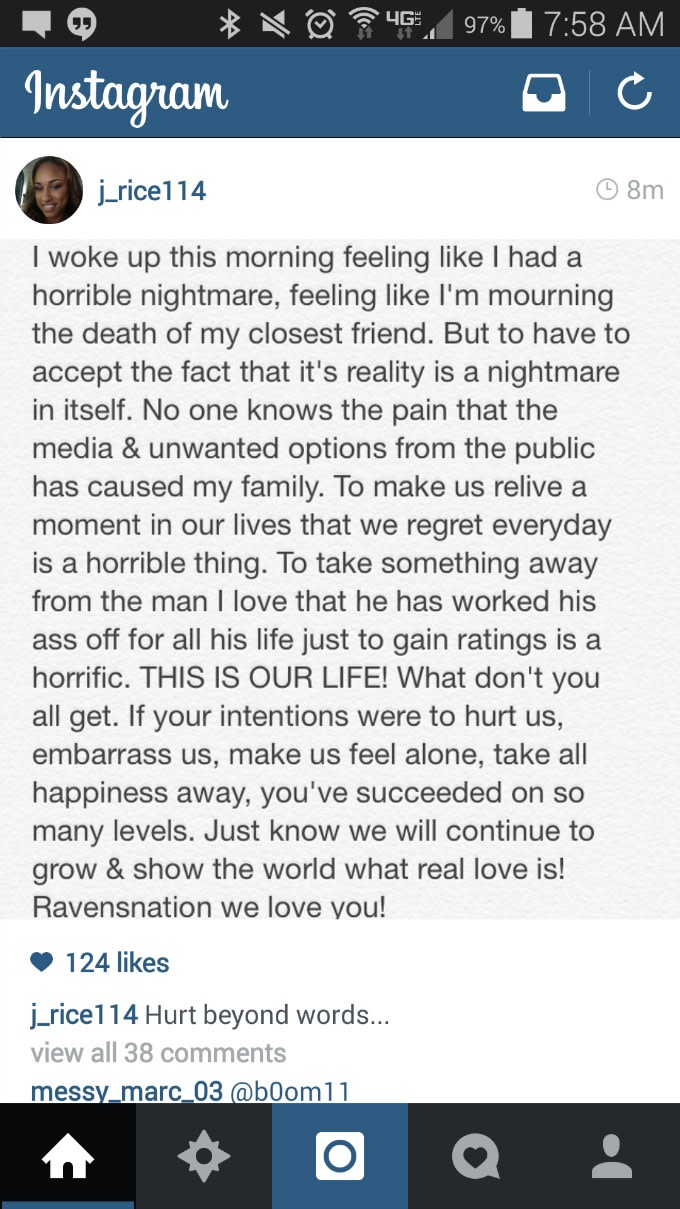