Michael Jordan's crying meme has definitely been a go to meme for sneakerheads, sports fans, and the Internet as a whole. Didn't get the Supreme x Air Jordan Vs? It's the perfect meme to express your sadness: 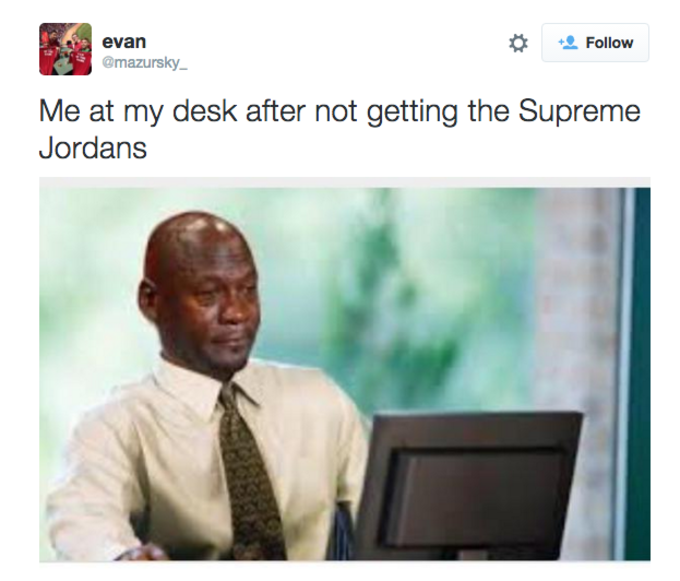 The New England Patriots just took an L to the Denver Broncos and people are already trolling Patriots fans:

If you've been under a rock for the entirety of 2015 and don't know how to use the Michael Jordan crying meme yet, here's The Definitive Guide.