Any ladies who are feeling left out of this weekend's Jordan XIII CP3 PE "Away" drop will be happy to know that the brand has something special in the works.

Previewed today are a previously unseen XIII PE in women's sizing. Officially known as the Jordan XIII PE GG, this colorway opts for a mostly purple upper, with hits of teal on the Jumpman, liner, and outsole that tie the Hornets theme together. The tongue on this pair does not feature the CP3 logo, but it's pretty clear who these were intended for.

Before you get too excited, though, you should know that these are currently set for a China exclusive release on November 11. Hopefully, these will follow in the footsteps of the "Yellow Dragon" CP3.IXs and start as an exclusive before eventually seeing a stateside release. We'll let you know as this develops. 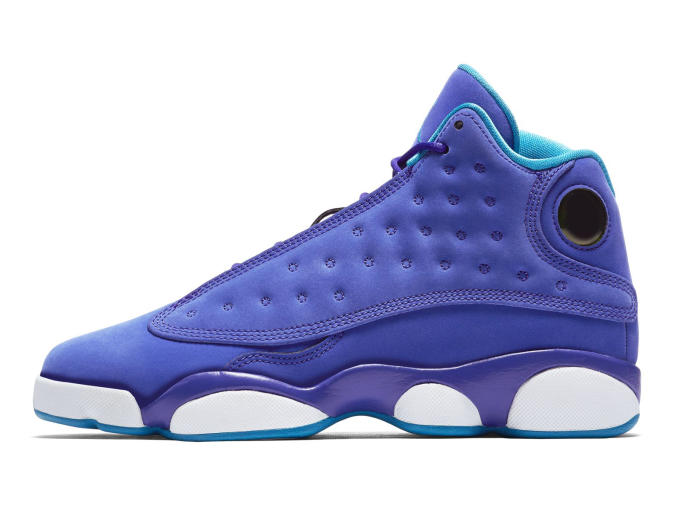 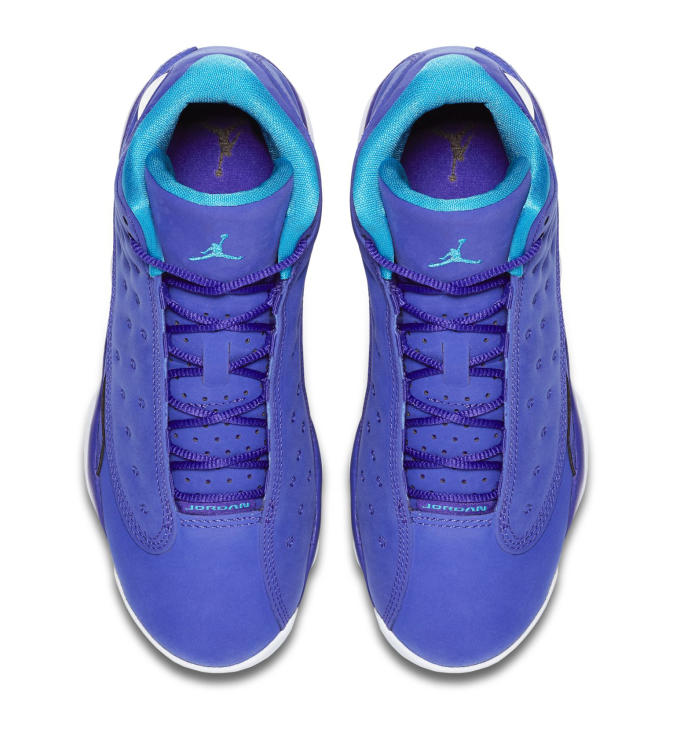 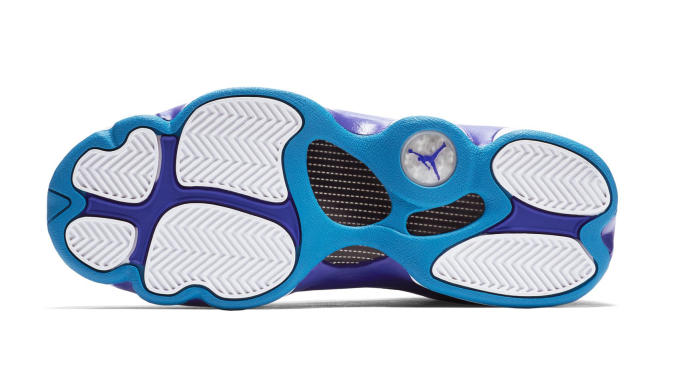