The want to turn a beautiful sneaker into something completely different is head-scratching to many people. Why would you paint over something that Tinker Hatfield designed? But the custom-sneaker trend is growing, and one of the best people doing it is Mache. His latest work is on two of the most covetable sneakers in recent memory: The adidas Yeezy 750 Boost and the Nike Mag, both which resell for insane amounts of money.

The theme this time around was a slice out of most people's childhoods —​ much like the fascination with sneakers — and he made a pair of the Yeezy Boosts for Woody and the Mags for Buzz Lightyear. That's right, they're Toy Story customs.

Mache knows how ridiculous this might seem to the average person, as he posted a picture of himself working on the Mags and said, "Disrespecting grails since 2003 lol."

Troll or not, the detail is impressive, down to the "Andy" scribbled on the Boost sole. 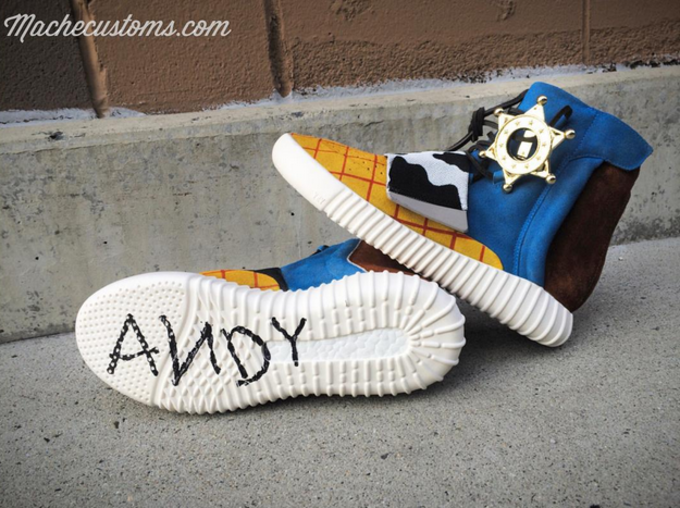 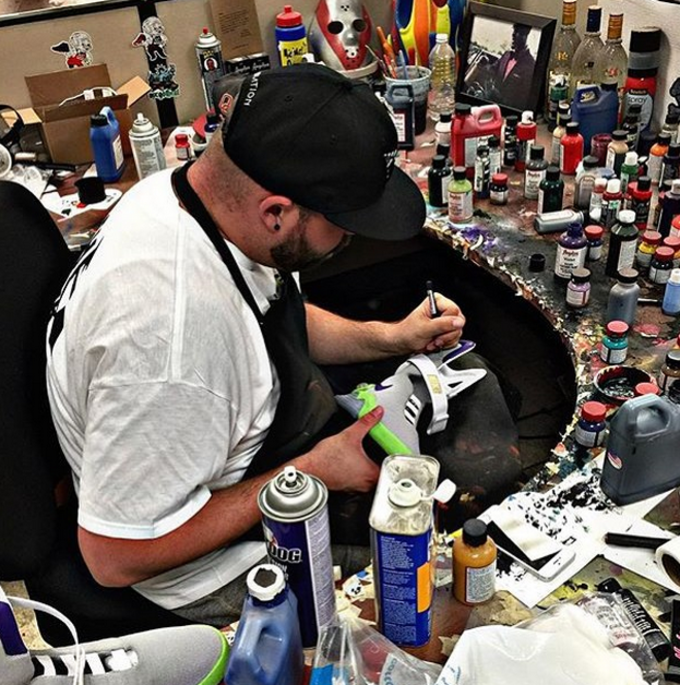