If you've recently been shopping for sneakers at a chain retailer, you may have noticed something unusual. Instead of being able to try on and test out kicks like this guy, a number of stores will only allow customers to use one shoe at a time in order to combat theft. Sounds crazy, right?

The New York Times recently tried to make sense of the madness, and some of its findings may surprise you.

"If we give them both, they run with it," a Jimmy Jazz worker said. Instead, customers are receive both sneakers only after completing a purchase. The only problem with this is that some shoppers are genuinely interested in getting a feel for their potential pick-up. 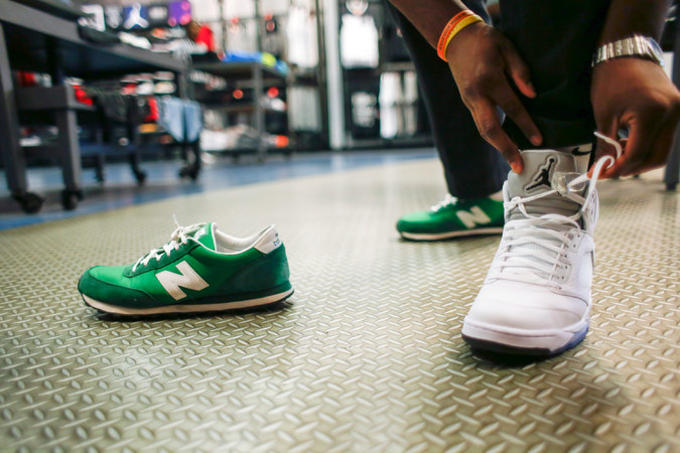 "The one-shoe policy is cool, but you can't discriminate against every customer who comes in here," a Foot Locker employee said. "Some people who come in here want to try on shoes," another said.

"They go here and they steal a left shoe. Let's say it's a 9 and a half. They go to Jimmy Jazz and steal the right," a Foot Locker manager said.

To be fair, this stuff has been going on for years — it's one of the oldest tricks in the books — but it took the Times all this, well, time to catch up to it. Ask anyone who has served their time in a sneaker store and they'll tell you bizarre stories.

Some criminals, though, will stop at nothing to get what they want.