Fans of the PUMA Disc Blaze have reason to get excited as the silhouette is being used in 5525gallery x United Arrows & Sons upcoming collaboration. First reported by Eyescream.jp, the shoe is part of the "Cream" project with the collaboration being spearheaded by United Arrow & Sons director and Japanese style gawd Kogi "Poggy" Motofumi.

For this release, Poggy reworks the Disc Blaze with a predominantly "Indigo" color story which is contrasted with a washed denim toe. The upper features a mixed-material story of both fine-grain leather and a crocodile-patterned leather overlay.

The shoe is slated to release on July 17, initially in Japan, with a global release scheduled for the following week, July 24. Retail price is reported to be roughly $200 and will be available at select retailers including KITH, Dover Street Market, and Colette. 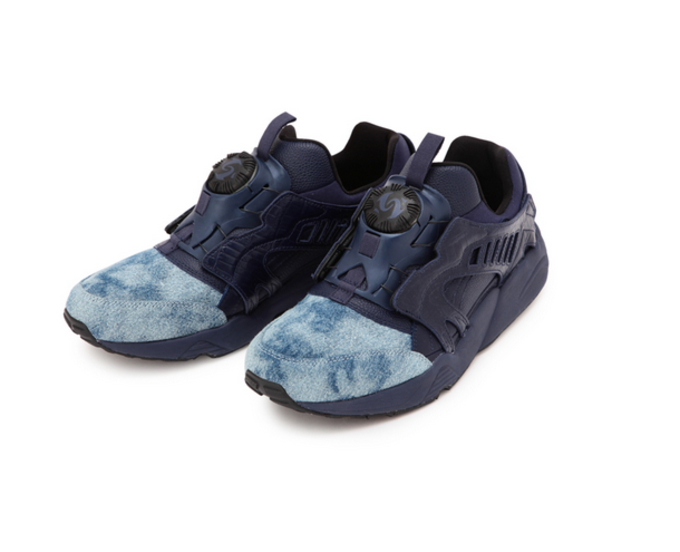 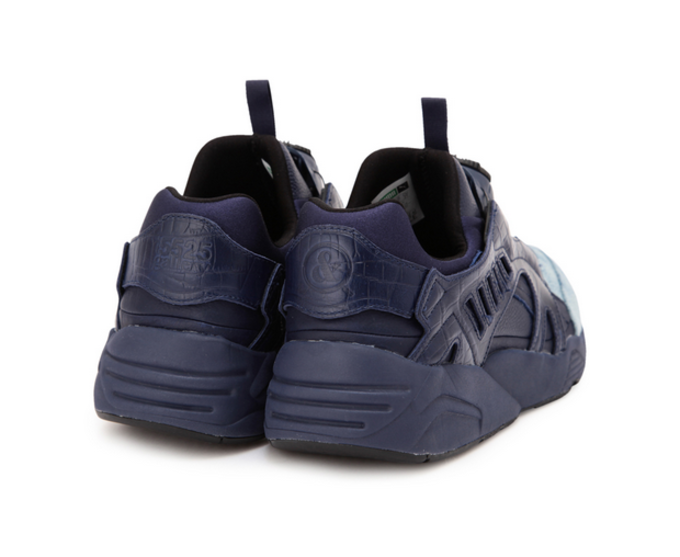