Jerry Seinfeld has a passion for a few things in his life: cars, coffee, telling jokes, and sneakers. All of those worlds combine in his web series, Comedians in Cars Getting Coffee, and the latest episode doesn't disappoint those who are more interested in what's on the comedian's feet.

While meeting up with Steve Harvey, Seinfeld diverted from his usual routine of white sneakers and laced up a pair of "Gold" Nike Shox NZs. This isn't the first time we've seen him wear Shox, or wear a cool pair of sneakers on his show, either. But maybe it's a sign of the times that Seinfeld's ready to be a little more colorful — and by that we're referring to his sneaker rotation.

Seinfeld wore another pair of Shox NZs, this time in the latest episode of Comedians in Cars Getting Coffee with guest Bill Maher. 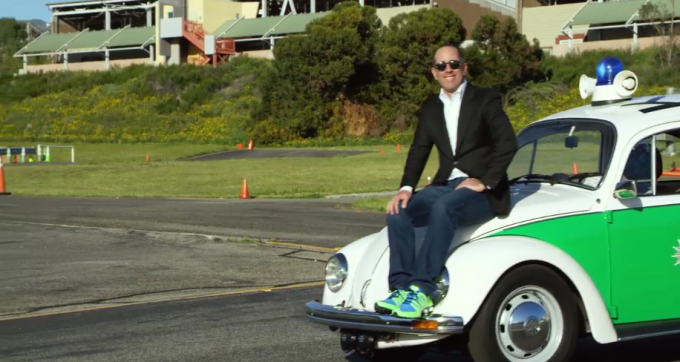