Mason Kitsuné, the curatorial fashion group out of Paris that now has reached in New York and Tokyo, has teamed up with Reebok on a pair of Reebok Classics that perfectly align with Maison Kitsuné’s, brand of fashion. Drawing deep from Reebok’s archive, Mason Kitsuné opted to put their spin on the Reebok Classic Leather and Freestyle His.

The Classic Leather, for men, features bright white mesh and khaki suede on top of a red, white, and blue sole (reminiscent of France’s flag). Blue piping surrounds the mesh tongue, while heavily branded lacing throws in a dash more color. The Reebok logo on the quarter remains largely intact with the O turned into a heart. Maison Kitsuné branding extends onto the tongue tag along with a graphic of the Eiffel tower and the word “Paris,” both of which can also be found debossed on the heel.

The Freestyle Hi, for women, sees many of the same design elements, the only major difference being the sole, whose midsole is white and outsole is blue.

The pairs release on March 28. 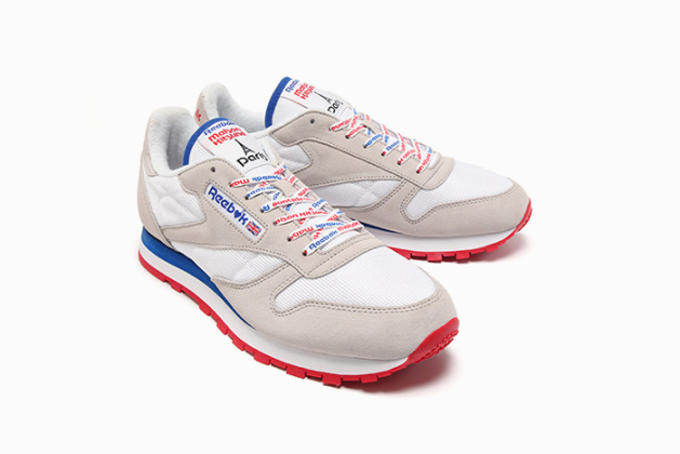 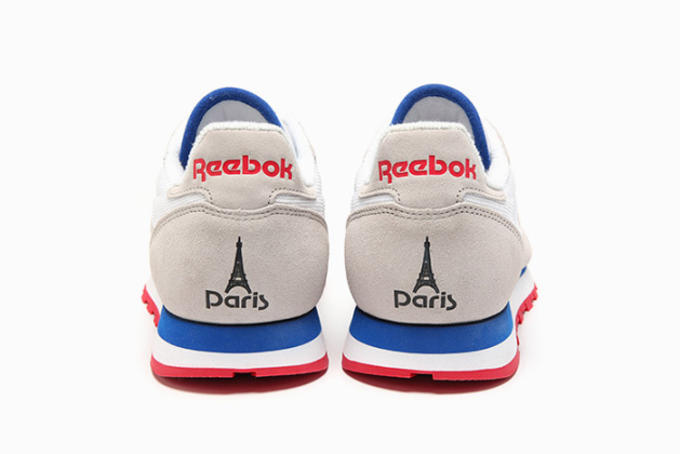 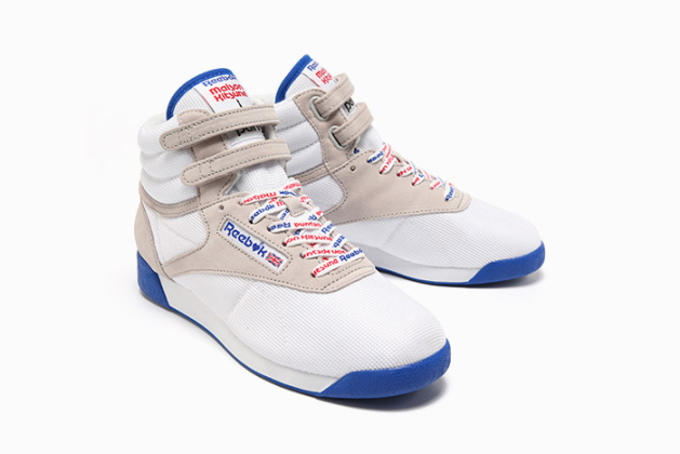