Last month, we showed you the newest sneaker from the catalog of Nike Air Yeezy II designer Nathan VanHook. As part of the Training category, the Zoom HyperCross is an all-new model that incorporates Nike's latest and greatest initiative, a hexagonal outsole.

While it's already known that the debut pair will be a "Volt" colorway, scheduled to release Friday, October 10, a never-before-seen iteration just surfaced on the 'net, and it's absolute flames.

Concepts' Deon Point, a.k.a the Sample Champ, recently showed off a pair of the HyperCross trainers in a black and turquoise blend. Unlike the debut colorway, which is completely decked out in volt, this new pair shows off the color-blocking possibilities that exist for the sneaker. And from the looks of it, there's a ton of potential here.

In an interview with Sneaker News this past summer, VanHook stated he wanted to make training sneakers wearable again, and from this newest preview of the HyperCross, he might've just accomplished that. 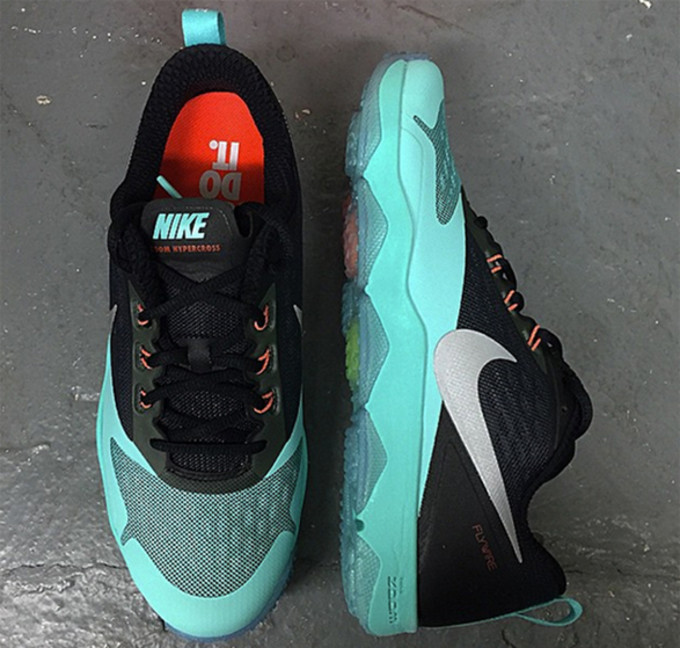