Meryl Streep be wylin' out right now. At a time when talk of diversity in the film industry is at its most-discussed—though, as Viola Davis points out, it is NOT a trending topic—white people keep coming in with these "well actually"'s that no one's asked for. Seriously if you are a white actor, DON'T FEEL THE NEED TO COMMENT ON #OSCARSSOWHITE. And if you do get asked about it, think about what you're gonna say. And then think again. And then maybe one more time. And then just smile and consider not commenting. (Unless, of course, you are woke bae Mark Ruffalo.)

This isn't actually about the Oscars, but the takeaway is pretty much the same. The issue of diversity was brought up at the Berlin International Film Festival yesterday at an all-white panel led by jury president Meryl Streep, and when questioned about the monochromatic panel judging winners of the Golden Bear and Silver Bear awards, Streep told reporters, "We're all Africans really."

Yup, you read that correctly. Let me slow it down for you:

Haha Meryl, you funny. But really, should we start referring to Meryl Streep as an "esteemed African-American actress"? Did I get a complete different reading of Out of Africa?

Also Let's not forget the controversial t-shirt campaign from the super-white cast of Suffragette *facepalm*. At least the inclusion of women on the panel is something that Streep is concerned about. At the Berlin film fest she also said, "This jury is evidence that at least women are included and in fact dominate this jury, and that’s an unusual situation in bodies of people who make decisions. So I think the Berlinale is ahead of the game." 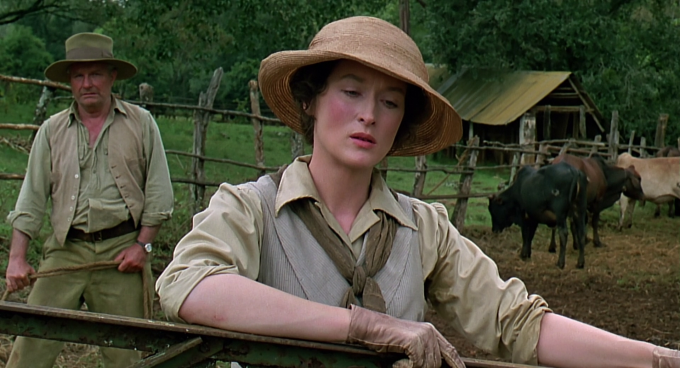