With ever-evolving technology shifting the film environment, filmmakers are constantly finding new ways to adapt. Take, for instance, last year's critical indie hit Tangerine, which was shot entirely on an iPhone, or even new wave legend Jean-Luc Godard, who recently made pooping an artful 3D experience. So before we judgmentally dismiss what budding filmmaker Kylie Jenner posted to her Snapchat, let's examine it with a critical eye.

First, take a couple minutes out of your day to watch it if you haven't already. The first half is available on the Kylie Jenner official app (downloadable/watchable for free), or you can see a good chunk of it on this glitchy YouTube clip, and then watch the rest of it here. I know the sequences are confusing as hell but that brings a Saw-like element to this whole thing. Or maybe the comparison I'm looking for is Choose Your Own Adventure.

Appropriately titled When Harry Met Kylie/Hailey/Kendall on the app, this short film stars Harry Hudson (some friend to the Kardashians who's also a musician I guess?) as a one-time, two-time—no, wait—FIVE-TIMING guy. Harry starts off juggling three women (Kylie and Kendall and the Justin Bieber-linked Hailey Baldwin) but the film ends with Kourtney Kardashian and Caitlyn Jenner (!) eventually joining his long list of side pieces. Actually hold on, I'm probably jumping the gun. This film may not even be complete—who knows? 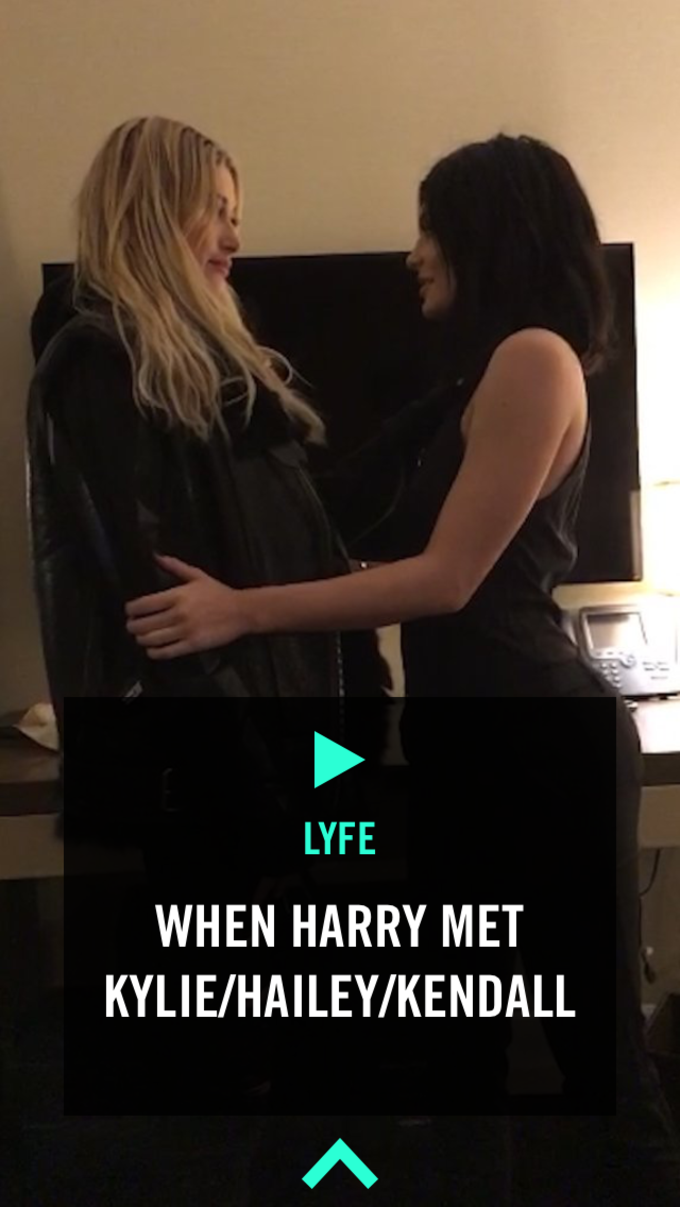 In its harrowing opening scene, Kylie, impassioned, asks Harry, "Do you like me?" with a crying face that rivals that of Claire Danes (or her sister). It's almost like the opening scene of Queen of Earth, where Elisabeth Moss, in a career-best performance, has mascara running down her face. Kylie does not give as good of a performance as Moss but you can feel her trying to keep it together, so major props for that. Then Kylie does something really boundary-pushing—she breaks the fourth wall. "Is your Snapchat public right now?" someone off-camera asks and she cackles like a maniac. Truly haunting stuff.

Kylie dives into the story pretty quickly after that. While there's no more mention of being on Snapchat, there are still several moments in which characters talk directly at the camera. Here, the film feels more Funny Games than Ferris Bueller. As Kylie and Harry sit around talking about feelings (Harry admits he likes someone else), there's an ominous knock at his hotel door. That wide shot leading up to the knock, where Harry and Kylie look towards the door, is very Kubrick; perhaps Kylie took note from her brother-in-law Kanye, who once said that he wished Keeping Up With the Kardashians looked more like a Kubrick film. But Stanley's not the only iconic director Kylie hat-tips. The suspenseful someone-at-the-door scene can definitely be compared to David Lynch: 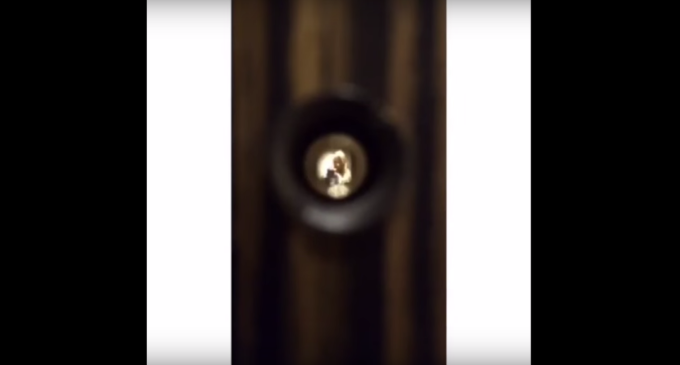 In fact, this whole film feels like an ode to Lynch's Inland Empire. It is a collection of performances and it is commentary on our celebrity gaze. It's like that scene in Inland Empire where Laura Dern's face gets all fucked up. The mysterious woman at the door turns out to be Hailey Baldwin, but the shock isn't that she's Harry's other lover; it's that she and Kylie used to be lovers—say whaaaat? Kylie understands that the lesbian side-plot is always a good plot-twist move, like [spoiler alert] Steven Soderbergh's Side Effects. In the midst of the reveal, Kendall Jenner gets added to the mix as she storms through the hotel door and embraces Harry before finding out they have company. If you ask me, the story elevates too quickly at this point, but let's blame the format, not the storytelling. Moving on.

One guy, three ladies. There are a few ways this could go and god bless Kylie for not making this into a girl-on-girl-on-girl fight but rather into a film about women teaming up together. YES LADIES, always blame the men first! Empowerment! The three team up a la John Tucker Must Die, beat up Harry, and shove him in a closet.

OR WAS IT ALL A DREAM? (I told you, this is all very Lynchian.)

Now, Kylie as a filmmaker clearly wasn't satisfied with the status quo. Because three-timing men are pretty standard, Kylie adds EVEN MORE family members to the mix (ew, it's kind of like that movie Rumor Has It... where Jennifer Aniston dates the dude who used to bone her mother, except add SEVERAL family members). At this point Kourtney Kardashian comes into the picture, which is the point where the film loses me, due to unnecessary complications. Fortunately it's all worth it for the final reveal, as Kourtney finds none other than *drumroll please* CAITLYN JENNER already in Harry's bed. And it ends with a wink.

So there you have it: Kylie Jenner, a natural stylist whose influences (whether accidentally or not) range from Lynch to Kubrick to even Haneke. Though she may not be the strongest performer of the bunch, her directorial eye recognizes suspense and effective plot twists. Admittedly, not everything in the film works, but she did make pretty good use of what she had, notably her crew of somewhat-to-very famous friends and family (I mean, that Caitlyn Jenner cameo, bravo). Just imagine what she could do with proper equipment, a crew, and more experience. Or maybe she should just shirk the industry and keep making Snapchat movies just for the hell of it.