Mike Huckabee, an actual human being most known for once taking a picture with famous homophobe Kim Davis, has finally released his campaign's take on Adele's instaclassic "Hello" for reasons not immediately clear. Instead of taking his usual Huckabummer tactics to the bass guitar for this sad and nonsensical attempt at capturing the public's attention, dude just strolls around in the video while a voice that very clearly does not belong to Adele attempts to squeeze in a bunch of poorly chosen "parody" lyrics.

Setting aside the fact that the original "Hello" was in fact released a full three months ago, thus landing Huckabee's misguided attempt at virality firmly in the general territory of Lame, the most-likely-edited-in-iMovie clip does possess a fair share of bizarre screengrabs that Huckabee fanatics (and/or bipartisan baked beans enthusiasts) will surely rush to the nearest Staples to print out as inspirational posters for their sad homes: 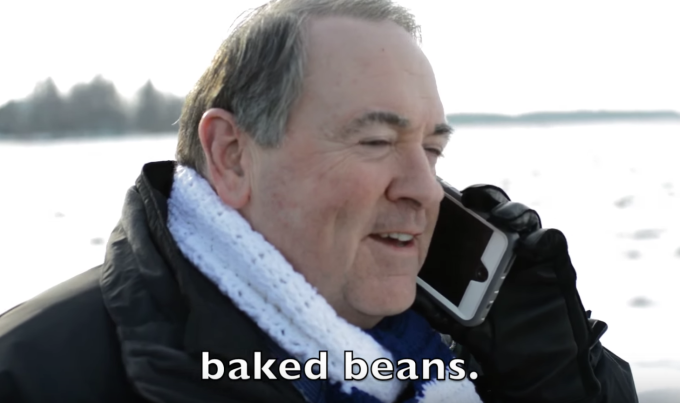 Not into baked beans but totally down for some health-ruining pork chops? Huck's got you, too: 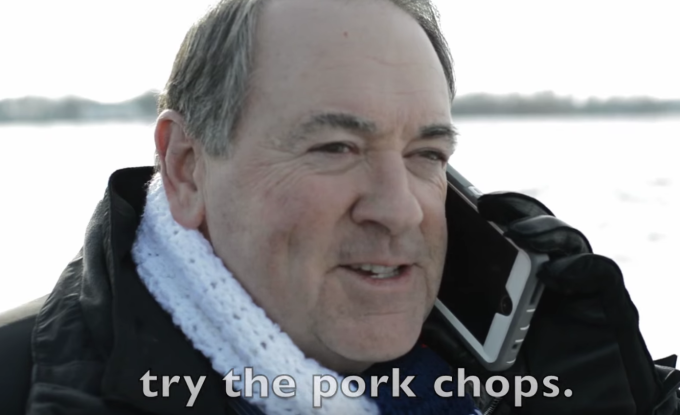 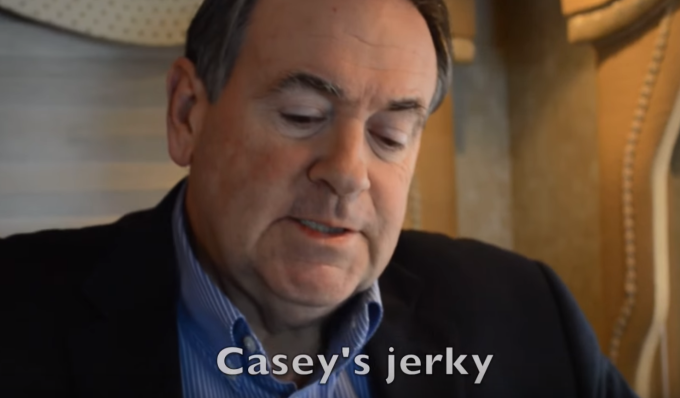