An Australian ex-pat looking for lodging in Scotland has had an application knocked back on the grounds of all Australians  being 'drunks and racists'.

Laura Gratton, 24, responded to an ad on spareroom.co.uk for a £400-a-month room in Edinburgh. She was shocked to receive a reply from the landlord shortly after, refusing the application based on Gratton's nationality.

"It is well know (sic) in Europe that Australians are racist. Infact (sic) around the world your people are famous for this … Australia is famous for its drunks and racists.” The reply went on to advise the application would not be accepted.

Gratton was quick to reply, pointing out it was the landlord who was in fact being the racist, as she had tarnished an entire country with one sweeping generalisation. Regardless, the landlord did not budge.

A spokesman for spareroom.co.uk said: “If we’d spotted anything like this in someone’s ad we’d have removed it instantly.

“Dismissing a whole nation as racist is, frankly, ridiculous. There are clear laws about discrimination when it comes to renting rooms but it’s not just about what is and isn’t legal — it’s about treating people as you’d want them to treat you.” 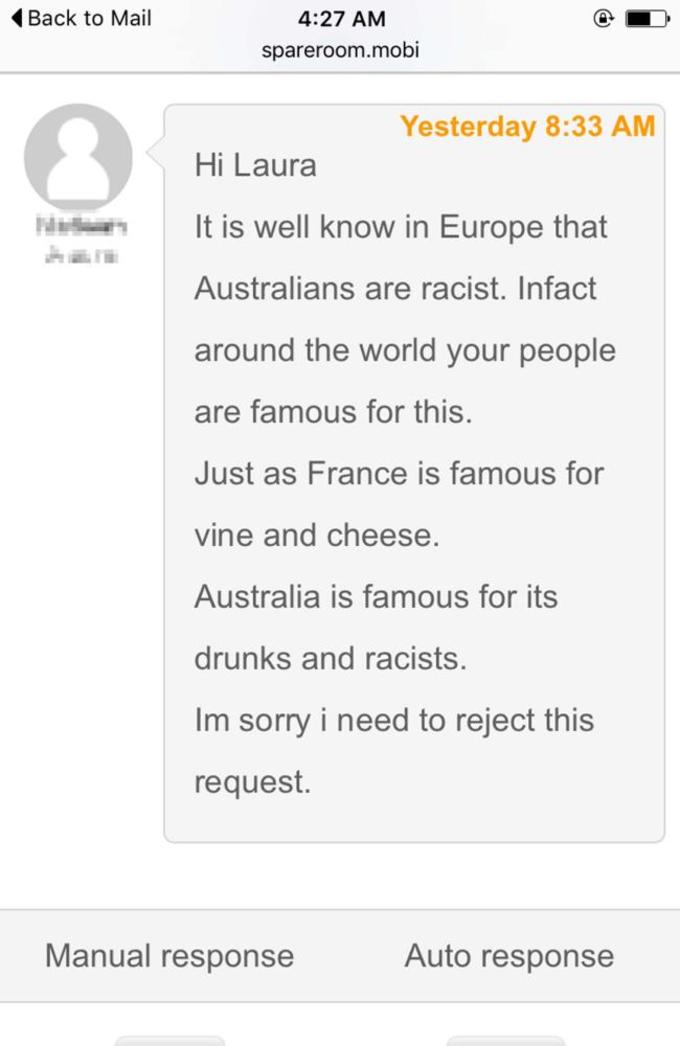