Video games are meant to be a source of fun, relaxation and entertainment, so when a game is none of those things it is never intentional, until now that is.

Today in our ever-growing inbox we received an email with the subject title: ‘The world’s worst computer game’, lo and behold the game in question is School Exam Simulator. No we’re not trolling, this is an actual game with the selling point ‘THE WORLD’S WORST COMPUTER GAME?’ – wait is that a question or statement? In a world where we have a game called Goat Simulator, we’d say that’s pretty hard to top.

We can't wait to play this 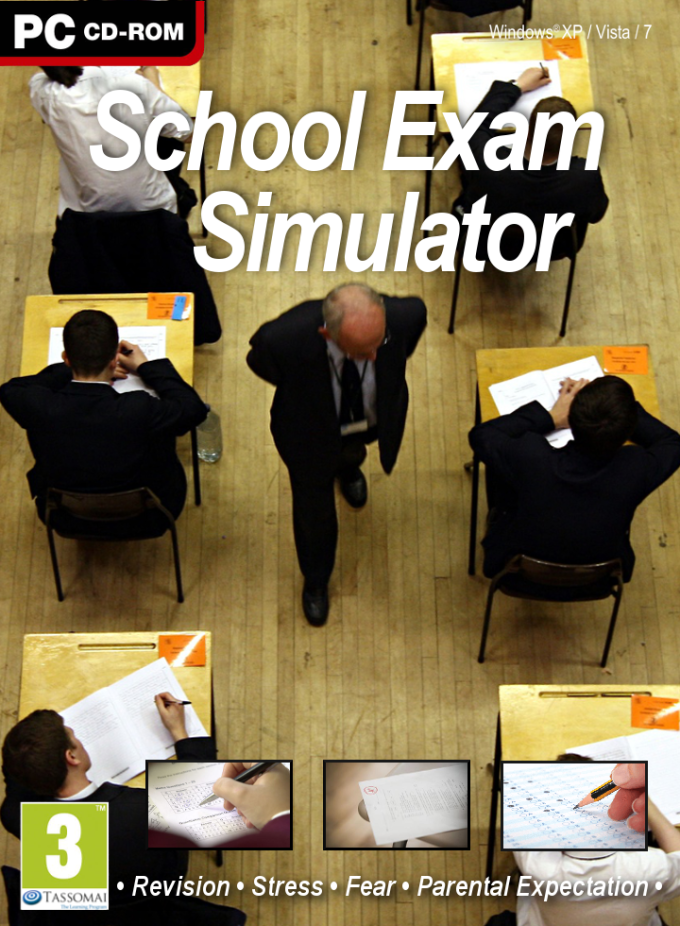 The brainchild of inventor and former school tutor, Simon Murray, he plans to recreate the ‘exciting’ atmosphere of taking your GCSE’s, in his press release he says:

‘I am thrilled to bring School Exam Simulator from my company Tassomai to a wider audience for Christmas this year. Whilst I’m not expecting that it will lead to many thank you letters in the immediate aftermath of Christmas, there might be a few more to come when kids unlock achievement levels in a decade or so.”

Well at least he’s realistic about how well received/popular his so-called ‘game’ will be. If we’re being honest calling it a ‘video game’ is quite disingenuous, we can’t exactly picture hardcore gamers camping outside midnight for it’s release either. But we will tell you who this game is for, it’s for parents to give to their kids who are seriously underachieving in school. So for those of you who are flopping in their studies right now, you need to fix the hell up or the next ‘game’ you’ll be playing won’t be Call of Duty.

In fairness Simon Murray you haven’t created ‘the world’s worst game’ – that honour goes to this little buddy – you’ve just created world’s most boring one.

New York knows how we feel