It's only been a couple of weeks since that Yale faculty member and residence hall administrator sent out an email to students in response to the administration's earlier email advising students to be mindful and respectful when choosing Halloween costumes. Her position outraged students, especially minority students who fear that the University isn't looking out for their interests. But Yale isn't the only campus where student's have expressed concern. Students, faculty, and administrators across the nation are taking a hard look at free speech and are trying to determine if hate speech of any kind should be regulated or banned.

As a result of these ongoing debates, the Pew Research Center conducted a survey of people of different ages, genders, and ethnicities to see if there's any pattern in terms of whether or not the U.S. government should have any say in banning offensive speech. The results were pretty interesting. 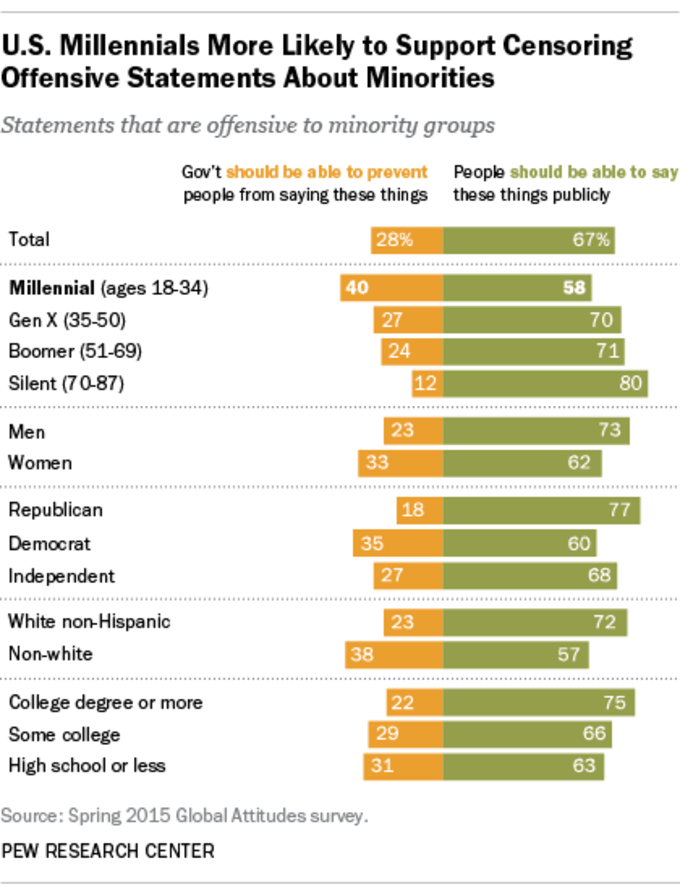 40 percent of people between the ages of 18-34, or millennials, believe the government should interfere and ban offensive statements made against minorities. The study shows that the older people are, the less likely they are to want their speech infringed upon. The study also revealed that women, Democrats, and non-white people are more likely to support this kind of government censorship.

While this percentage may seem large, Pew also looked at how Europeans feel about the issue (which manages to put the U.S. in its place). 70 percent of Germans, for example, are in favor of the government censoring offensive speech against minorities. In fact, every country polled except for the U.K. have an equal or higher percentage of people in favor of banning hate speech than the United States. 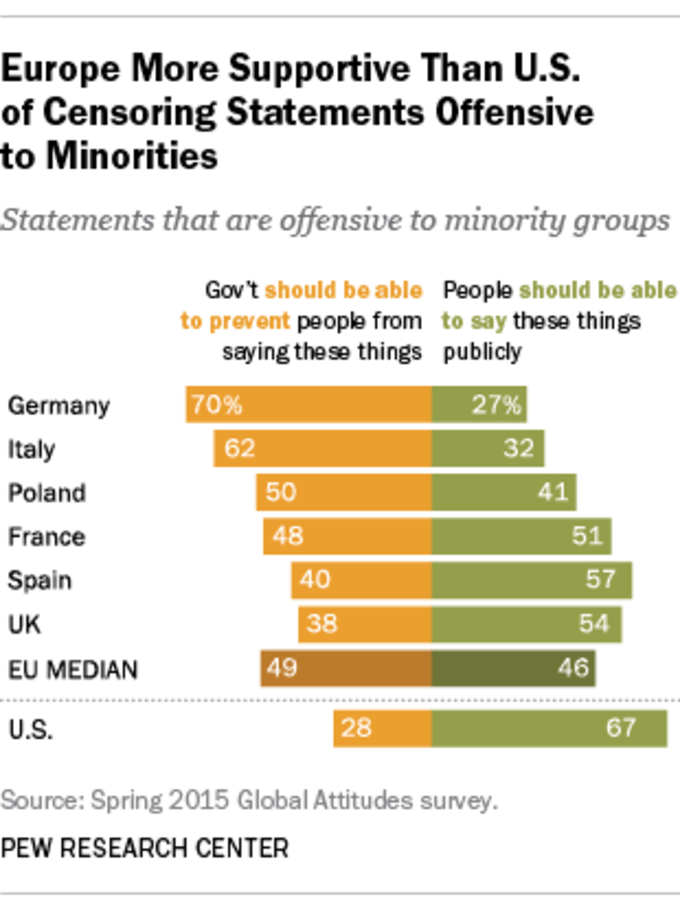 Check out Pew's poll graphs for a closer look.

People Are Using #BlackOnCampus to Share Their Stories of College Racism