Watch your back, pizza rat and related viral animal celebrities. Pigeons and/or other rats may have a forceful word of advice for your entire respective species. The video above has not been embellished because, quite frankly, it needs no embellishment. This is the moment a rat and a pigeon decided to engage in a fascinatingly verbose physical altercation, possibly (spoiler free zone here) to the actual death, a moment which looks like this: 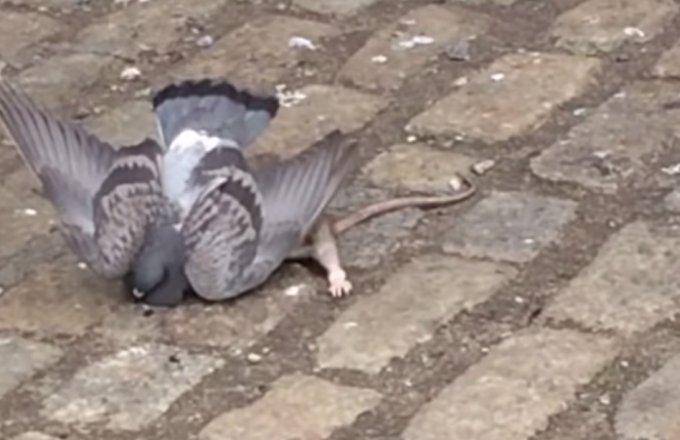 As promised (by Barstool Sports), that is Rat vs. Pigeon, complete with commentary from some occasionally giggle-worthy pigeon-rat fight enthusiasts.

There's something kind of gloriously depressing about seeing two disparate creatures engaging in a brawl over something presumably stupid, as it kind of makes you feel like humans are a pretty sophisticated being while simultaneously forcing you to realize that you probably know at least two human beings who have engaged in a fight almost identical to the one documented above.