If Hillary Clinton is any indication, today’s politicians really want that Millennial vote and they’ll go about getting them by any means necessary—even using Twitter.

That’s why many are turning to the booming social media network’s hip new(ish) guide to learn its mysterious ways and artfully push their agendas in under 140 characters. The "Twitter Government and Elections Handbook" was developed last year by the platform’s Government and Elections Partnership Team and is said to be a hit with its target audience. "It's been wildly popular," Twitter manager Bridget Coyne told NPR. She added that an upcoming update will feature tips on how to use the live-streaming app Periscope.

In the meantime, you can browse through the 136-page guide for invigorating tips like how to delete a tweet and this awesome gem: “You don't have to ask permission to follow.” 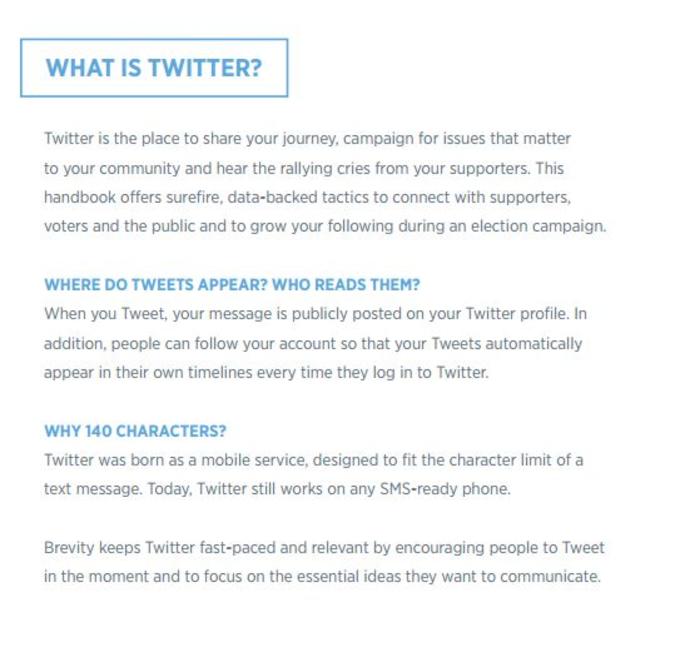