For those in the know, whenever Marvel announces new movie properties, you can almost guarantee that a change will trickle down to their comics. Case in point, the forthcoming Doctor Strange comic, which is tied to the 2016 Doctor Strange film. With leaks of Chadwick Boseman as Black Panther already hitting (for a film that's not even set to drop until 2017), you knew word on the forthcoming Black Panther comic series was on the way, and this one is a doozy.

The New York Times has announced writer Ta-Nehisi Coates, who writes for The Atlantic and has been an admitted Marvel superfan since he was a kid, has been tapped to pen the upcoming Black Panther solo series, which is set to begin in the spring of 2016. Word is that an interview with Sana Amanat—a Marvel editor who was instrumental in Ms. Marvel, the young Jersey City-repping Muslim teen who is also an Inhuman—got the ball rolling to get Coates on board.

If you're thinking Coates—who recently dropped his second book, Between the World and Me, in July—might be an odd choice for this position, don't trip: "I don’t experience the stuff I write about as weighty... I feel a strong need to express something. The writing usually lifts the weight. I expect to be doing the same thing for Marvel."

It'll be interesting to see what Black Panther, Marvel's first black superhero, will do in Coates' hands. Marvel editor-in-chief Axel Alonso says the story that Coates is working on with artist Brian Stelfreeze ("A Nation Under Our Feet") is "going to be a story that repositions the Black Panther in the minds of readers." Word is that it's inspired by the 2003 Steven Hahn book of the same title.

A Beginner’s Guide to the Marvel Universe

What's even iller is that with the latest batch of Marvel's Hip-Hop Variants series comes a fly flip of Jay Z's Black Album cover, drawn by Stelfreeze, with T'Challa as Hov (which you can see above). Check out the cover for Black Panther #1 as well. 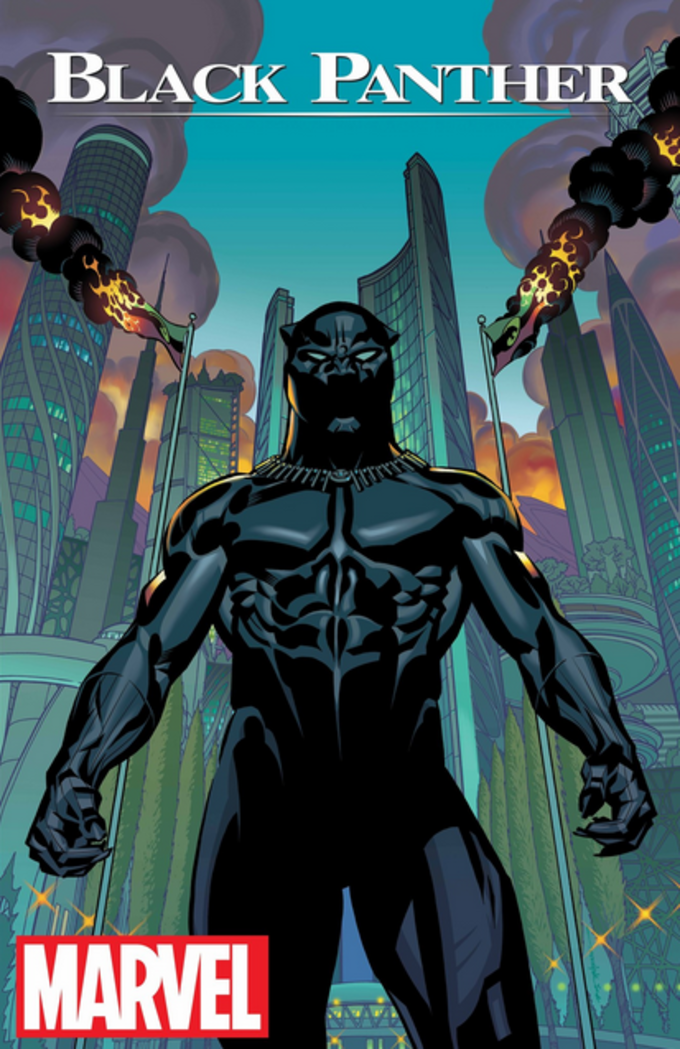