Neither Bruce Willis nor his daughter Rumer Willis were aware they were starring in the same upcoming film—The Bombing, a Chinese film directed by Xiao Feng—until they were having a casual father-daughter talk, catching up on what they've been up to and stuff. Daddy Willis recently told Showbiz 411: "Here's a scoop no one knows. Rumer just finished a role in The Bombing. I had nothing to do with it. They cast her as a nurse." What a family! Then he said, "She said to me, I'm going to be in a Chinese movie. I said, So am I? Then I said, How many Chinese movies are there? Wait a minute."

Bruce poses a very interesting question here. Haunted by his inquiry, I turned to the Internet's most reliable question answerer, but even that yielded no good results. Yahoo Answers, you useless piece of shit. 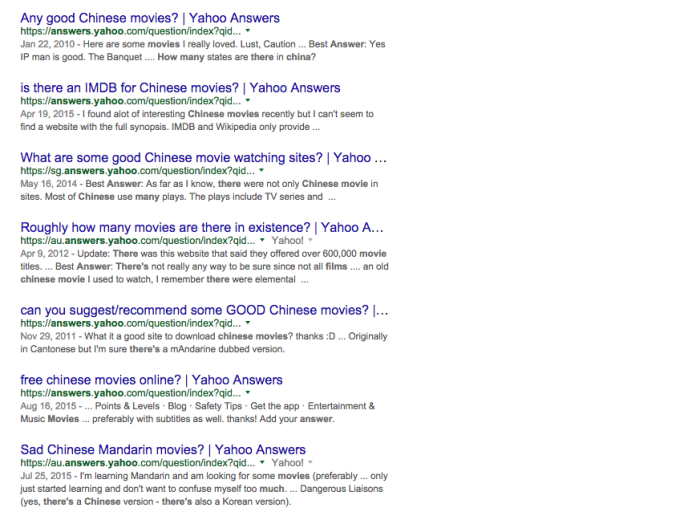 If you happen to know the answer, please let us know in the comments.