The St. Louis County police department is investigating a tasteless Facebook post by one of its officers, The Guardian reports. Officer Todd J Bakula, who goes by "TJ Thekoola" in his profile, posted about the relaxing weekend getaway he was enjoying courtesy of the extra money he'd earned responding to demonstrations for the one-year anniversary of Michael Brown's death. He wrote:

I decided to spend my annual Michael Brown bonus on a nice relaxing bicycle ride trip to Defiance. Eating dinner now and staying at a bed and breakfast tonight. And heres [sic] to my awesome wife for doing this with me while being 18 weeks pregnant.

A media relations officer for St. Louis County police confirmed that Bakula works for their department and says that the post is under investigation. Officers who respond to demonstrations can rake in overtime pay — just responding to the unrest following Michael Brown's death cost St. Louis County $4 million, according to the St. Louis Business Journal; $2.5 million went to paying officers overtime. 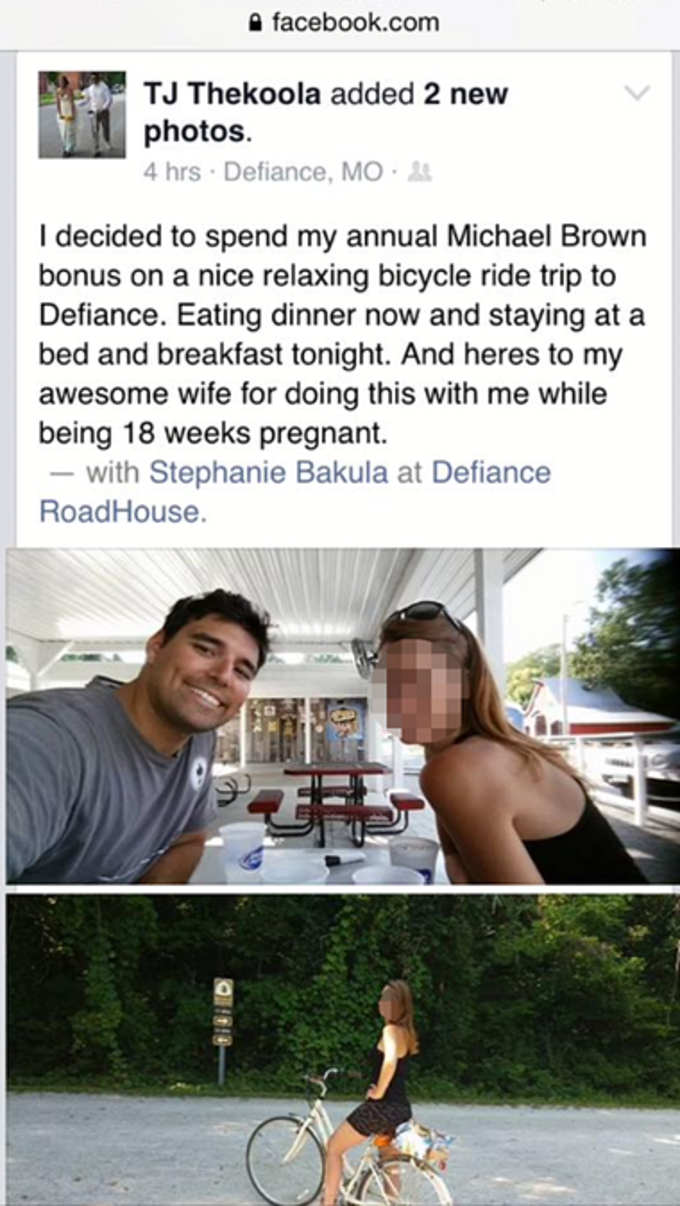