There are a lot of ways you could improve air travel: getting rid of those annoying tiers in the boarding process; free blankets in economy; more snacks. Our complaints about flying are many. But literally no one has ever said, "Hey, I was pretty uncomfortable in the middle seat, so could you turn me around 180 degrees so I could be squeezed in even closer to my seatmates? Thanks!"

But that's what the minds at Zodiac Seats France propose so as to maximize space with their "Economy Class Cabin Hexagon" patent. Yeah, it's a mouthful!

The seating layout would turn everyone's seat into a hexagon, spin the middle seat around so it faces the aisle behind it, and generally increase the amount of awkward in-flight eye contact you would have to endure between takeoff and landing.

NPR explains it would also allow planes to seat more passengers. But at what cost? Just look at this confusing diagram: 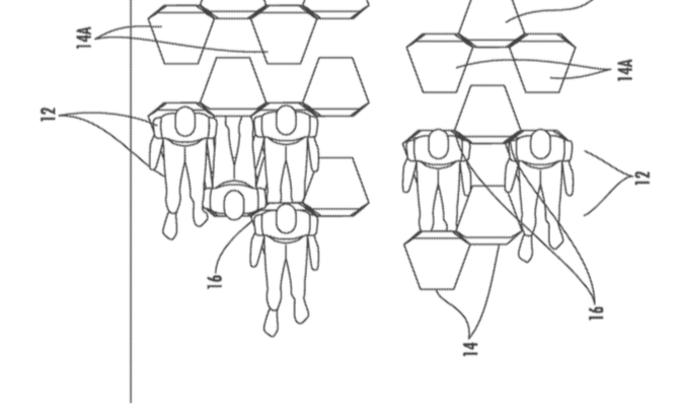 What is even going on? This one makes even less sense, somehow: 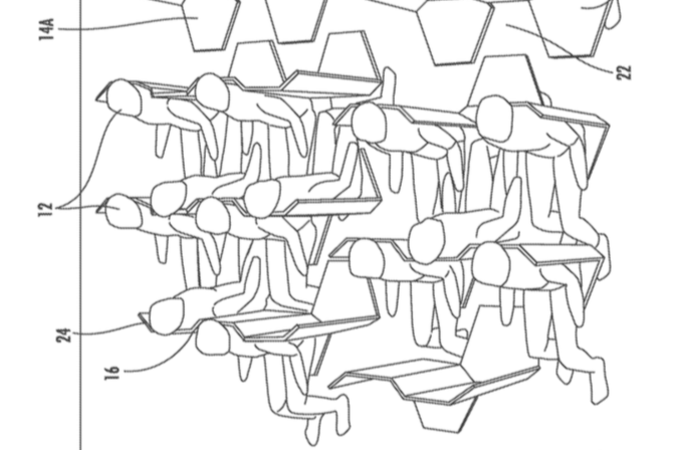 Are we getting punk'd? Is this real life? The Verge correctly adds that this patent is also very pro butt-touching.

[via NPR and the Verge]