The search has intensified for two maximum security prisoners who escaped the Clinton Correctional Facility in Dannemora, New York, on Saturday. In the video above, people near Willsboro, New York, a town where authorities believe the escapees fled to and where people allegedly spotted “two suspicious men,” recorded over fifty police officers in position in one area, some even surrounding a house with what looks like guns raised at one point. 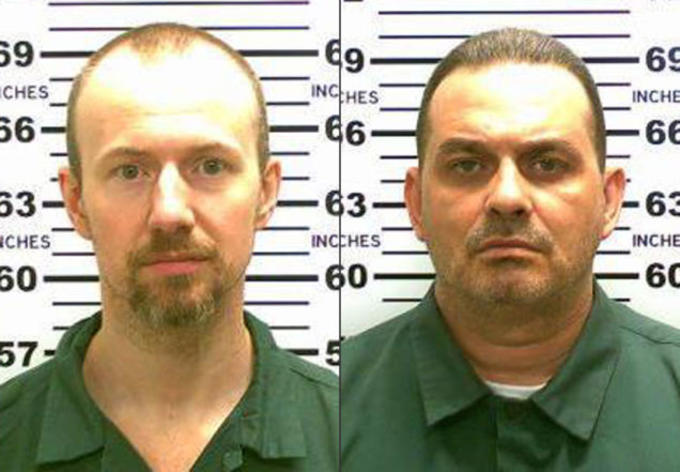 The escapees, David Sweat, 34, and Richard Matt, 48 are respectively serving a life sentence and 25 years to life, Sweat for murdering a sheriff’s deputy in 2002 and Matt for a 1997 kidnapping and fatal beating of a man. In order to escape the men used a power saw to cut through cell walls and pipes. Guards discovered the men were missing during a cell check Saturday.

It’s been speculated that the escapees received help from a prison employee, Joyce Mitchell, whose phone, according to a CNN source, was allegedly used to call people connected to Matt. The same source said Mitchell went to the hospital on Saturday because of panic attacks, allegedly backing out last minute from being the escapees getaway driver. The investigation is ongoing and a $100,000 reward is being offered for information that may lead to the location or arrest of Sweat and Matt.