It appears Tesla's business website has been hacked, as well as its Twitter handle. At least two groups, "RIPPRGANG" and "Austismsquad" are claiming responsbility, though its unclear if those are in fact the same group. About 30 minutes ago, someone announced that "This twitter is now ran by @chf060 and @rootworx." The first handle appears to be a user involved in hacking. Here's a sample Tweet:

The second user however, has already tweeted that he had nothing to do with this (though his account does look to be associated with doxxing and other hacker activities).

.@TeslaMotors @chF060 I did not have anything to do with the compromise of the Tesla Twitter account.

Currently receiving about 5 phone calls a minute about a "free Tesla". A free car is NOT being offered, please stop calling.

As of 5:30 p.m., TeslaMotors.com looks like it's back to normal, but here's what it was before, via Business Insider: 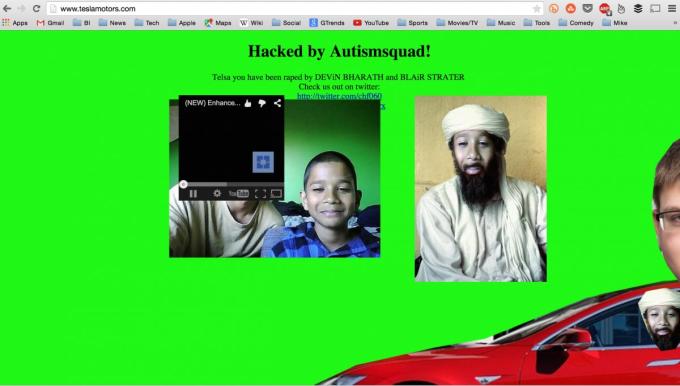 The phone number and name in Illinois that the hacker (presumably @chF060) posted is Oswego PC Repair in Oswego, IL, which the user @rootworx also lists as his phone number. So...is this just a personal prank? Most of the hacked Twitter feed just involves shouting out different handles. One handle, @ripprgang, appears to have blocked @chF060. Another, @yeetCold, claims to be associated with Anonymous in her feed.

Update, 5:50 p.m.: The non-Tesla tweets have been deleted and everything seems to be back to normal. 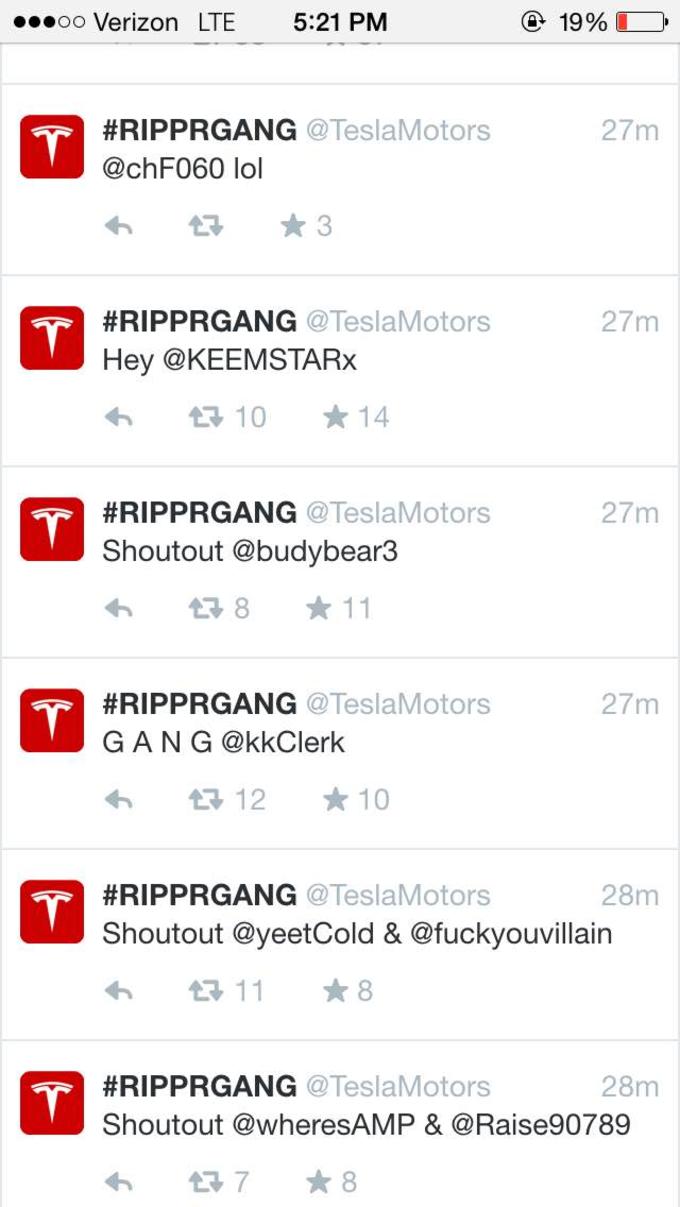 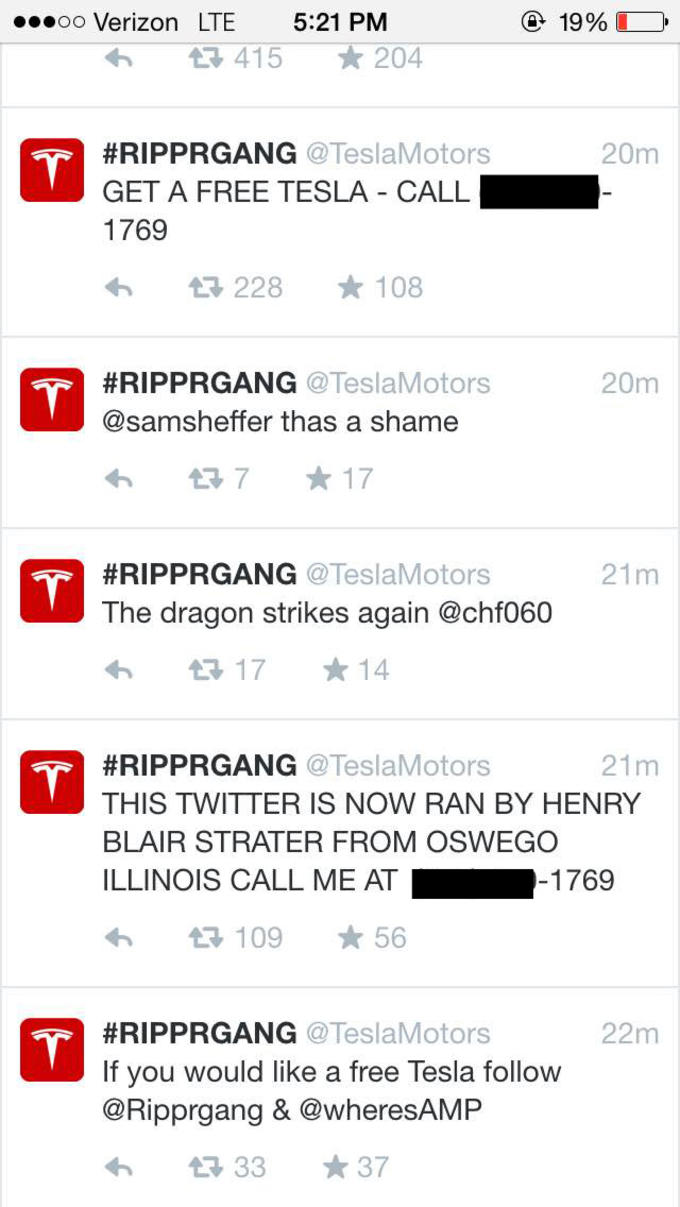 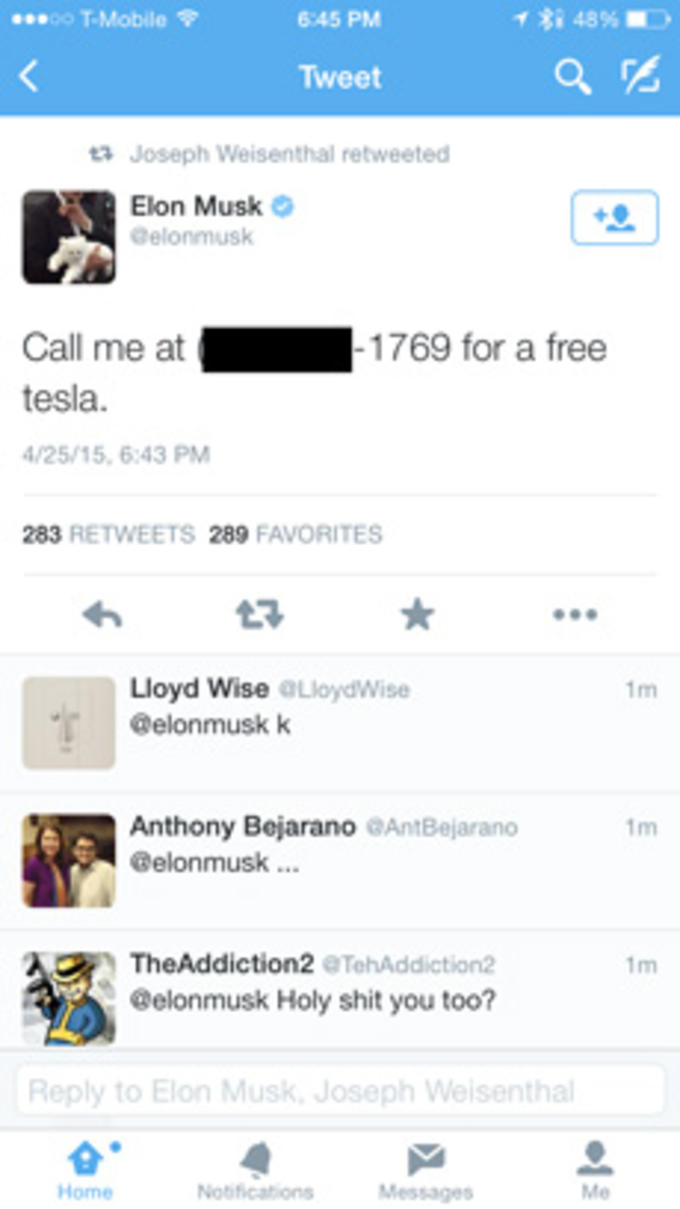