If the penis were on Amazon the most common complaint would be that it doesn't vibrate. Pleasure Bionics wants to change that with a crowdfunding campaign for a new sex toy, the Rocket Ride. The vibrating, flexible sheet of silicone simply rests between your dick and a condom and goes wherever you want to put it—seriously, it's undergone "destructive testing" and cleans up easily with just soap and water. 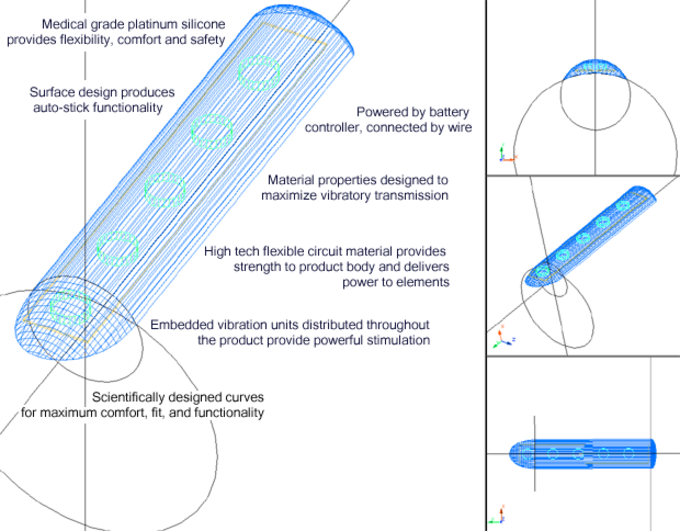 Perhaps the reason why the money isn't piling up is because the Rocket Ride doesn't appear to be cordless. This is already a strange enough addition to the bedroom, but who really wants a cord dangling out of their condom?

[via The Daily Dot]