You either watched the Saturday Night Live 40th Anniversary special or you clicked through our scrapbook. But here's the real yearbook: behind the scenes photos from tonight. Peruse; goodnight, and have a pleasant tomorrow! 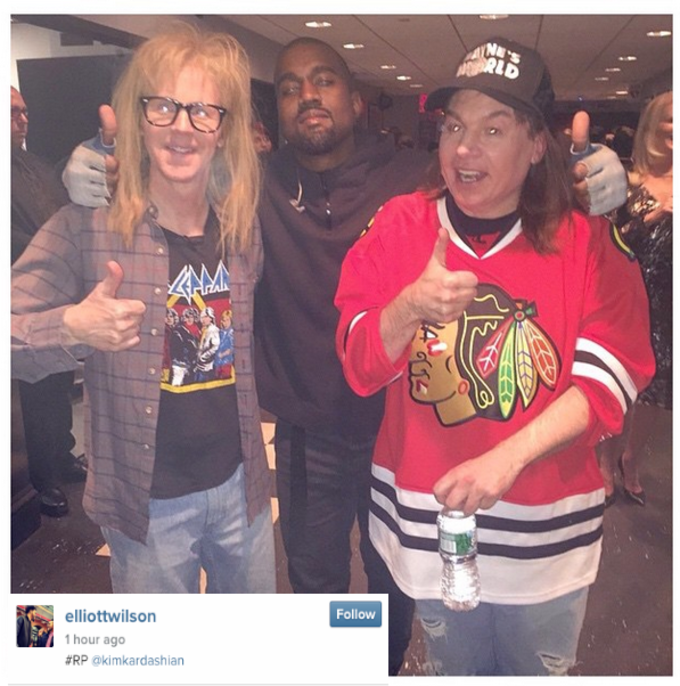 Miley and Patrick sharing a pizza backstage at SNL 🍕 pic.twitter.com/b3x9H2WUhU

Goodnight, and have a pleasant tomorrow! #SNL40 pic.twitter.com/edKC82pcco

Be still, my heart! @SarahKSilverman watches Tina, Amy and Jane from backstage at #SNL40. pic.twitter.com/y8k7MTHSaN

Kristen Wiig and Will Forte:

Kristen and Will. #SNL40 pic.twitter.com/Qa5KsbF9ZU

What up with that, DeAndre Cole? #SNL40 pic.twitter.com/jM1x1bd1ap

And just to prove how old they are, here's the pre-Left-Shark Land Shark:

He's been waiting for the perfect time to attack since the '70s. #SNL40 pic.twitter.com/DyCQvLPxQO

Prince played at the after-party, and Cuba Gooding, Jr.jumped on stage for a selfie:

I don't need to do anything on turntables: Jimmy, Taylor, Justin, Jim B, Dan A, form a superband Swift's confidence and command of this band is friggin a site to see. She killin it. #SNL40 #SNL40afterparty

Shake it off with Taylor paul and jimmy. #snl40

Because it's #SNL40. 📷@justintimberlake

Heading up to 8H with Will Ferrell, Peyton Manning, and Ana Gasteyer. #SNL40 📷anagasteyer