Grand jury decisions not to indict police officers for their roles in the deaths of Eric Garner and Michael Brown have intensified conversations about relations between police and the black community. The recent deaths of other blacks at the hands of police has only fueled the long-running argument that blacks and whites aren't treated equally by police. However, a recent study shows that whites are supremely confident that blacks in their communities receive equal treatment from law enforcement. 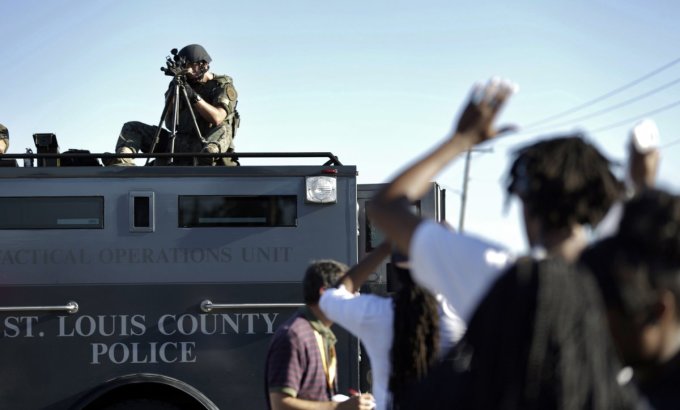 According to the Washington Post, a poll organized by NBC News and Marist College was released on Sunday which showed that 52 percent of whites believe that blacks in their respective communities are treated equally by police. More alarming, the Post adds that this number has actually increased since a different poll asking the same question was conducted back in September:

That is 11 points higher than in a September NBC/Wall Street Journal poll asking the same question (albeit using a different polling firm). It also clearly exceeds levels of trust seen in a series of Pew Research Center and USA Today/Gallup surveys dating to 2007, as well as another NBC/WSJ poll conducted after the O.J. Simpson verdict in 1995.

Conversely, the Post notes that just 12 percent of blacks share that same confidence in law enforcement. What sticks out more than the disparity is the (possible) logic behind it:

One possibility is that whites broadly believe white police officers had good intentions in recent deadly altercations and sympathize with them following protests and accusations of racism. National polls are consistent with this view, especially before the acquittal in Eric Garner’s death after an officer put him in a chokehold.

But another possibility is that whites do see major problems in recent police shootings in Ferguson, Cleveland and Staten Island, but don’t see them reflecting negatively about their own neighborhood’s police. It’s easy to see how a this doesn’t happen in my town logic could bolster whites’ faith in their own police force, who might seem much more competent in comparison to departments embroiled in accusations of racism. (It's kind of the same way with your local congressman. While Congress as a whole is generally held in very poor repute, people are much more forgiving of their own member -- and almost always reelect him or her.)

Regardless, it's hard to address a problem when so many people don't think there's a problem that needs to be addressed.