One month ago, Darren Wilson married Barbara Spradling, a colleague within the Ferguson Police Department. It was the act of a man who seemed unconcerned with the consequences of killing an unarmed teenager. "It's fair to say that neither he nor his defense team expect an indictment," St. Louis Police Officers' Association's Jeff Roorda told the Associated Press last week. Clearly Wilson didn't think he was going to be indicted for killing Michael Brown in Ferguson, Mo. in August, and, sadly, neither did I.

After nearly four months passed without Wilson being arrested and the not-so-subtle hints that no arrest was coming, I expected him to emerge from the situation unscathed. That’s not to say that this anticipated development doesn’t warrant outrage, it just incites little surprise given the contrasting manner in which the justice system has treated Michael Browns and Darren Wilsons, historically.

Wilson’s actions are a reflection of his nonchalance about the circumstances, but the testimony he gave to the St. Louis County grand jury is even more disturbing. He characterized Brown as a type of frenzied, superhuman force when explaining what transpired inside of his police cruiser. "The only way I can describe it, it looks like a demon, that’s how angry he looked," he said. To Wilson, Brown, a recent high school graduate who was days away from continuing his education, was the personification of evil. Before the world knew Wilson called Brown a "demon," the New York Times referred to him as "no angel" in a profile published two weeks after his death. It’s yet another reminder of how the defamation process works, as young black men's reputations are scrutinized, as if to justify their deaths.

On a more distressing note, it’s a reminder of how Michael Brown’s humanity has been lost in the midst of this disaster. As many seem to forget, this was someone’s son. 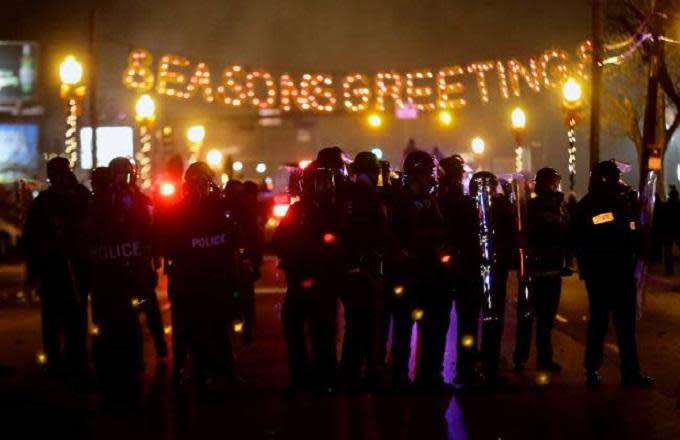 It’s two days before Thanksgiving and one month before Christmas. Darren Wilson will spend his Thanksgiving as a newlywed; Michael Brown's family will spend theirs without their son. Not only will Brown not be with his family, they’ll now associate the holiday with how the system failed their son moving forward. So while the image above might be the most polarizing to emerge from last night’s chaos— 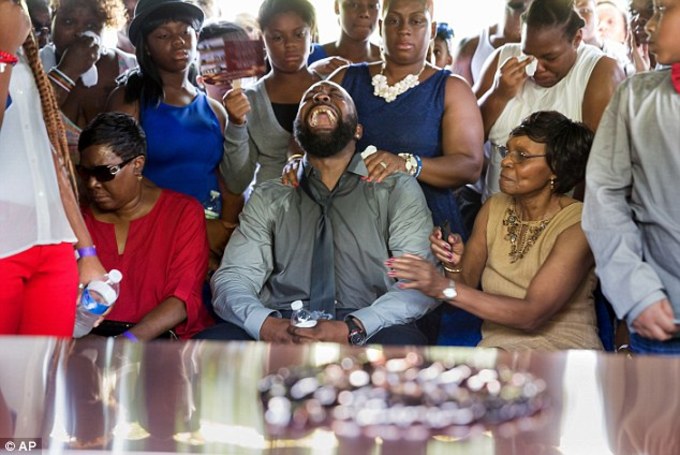 —it’s this one of Michael Brown’s father, Michael Brown, Sr., at his son’s funeral that’s etched into my mind. The raw anguish on his face is haunting, and the damage done to this family will have a deeper lasting impact than any done by a riot.

The fundamental danger of a non-indictment is not more riots, it is more Darren Wilsons.

Writer, blogger, and radio personality Jay Smooth nailed it yesterday evening when he asserted that the absence of an indictment for Wilson will result in more Wilsons. About two hours later, Q-Tip echoed this insight:

Michael Brown is gone. However, the thing responsible for his death, along with those of Eric Garner, Renisha McBride, Jordan Davis, Trayvon Martin, Oscar Grant, Sean Bell, and countless others is alive and well. It’s not a person, it’s a culture of fear bound to society’s fabric.

Last Thursday, 28-year-old Akai Gurley was shot and killed in a Brooklyn housing project by a probationary NYPD officer. NYPD Commissioner Bill Bratton called Gurley a "total innocent." Two days later, Tamir Rice was shot and killed by police in Cleveland because his toy gun was mistaken for a real one. He was 12 years old.

Where one tragedy comes to a disappointing end, others pick right up.