Activision and Complex UK have teamed up to offer one lucky reader the chance to win a limited edition PlayStation 4 console, as well as a Ghost Edition to celebrate the launch of the highly anticipated game.

What’s more, one runner-up will also win a PS4 version of the game.

Destiny is to set to launch on September 9th expansions of land to explore and thousands of enemies to take down.

From Bungie the Creators of Halo, and the company who brought you Call of Duty, in Destiny, you are a Guardian of the last city on Earth, able to wield incredible power. Explore the ancient ruins of our solar system, from the red dunes of Mars to the lush jungles of Venus. Defeat Earth’s enemies.

Reclaim all that we have lost. Become legend. 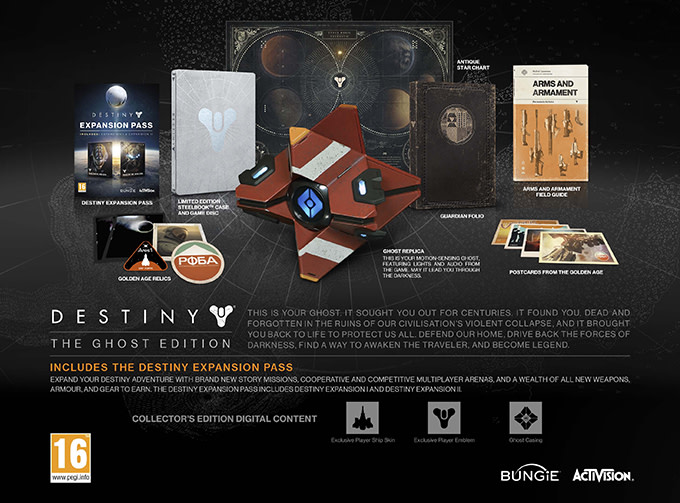