He may have only just left secondary school but 17-year-old student, Joshua Wong, has already proven he's one of the most influential political activists around and has helped lead the past week's protests in Hong Kong.

The slight, bespectacled teen who is commonly seen wearing a T-shirt, shorts and flip-flops (and could be mistaken for just another Hong Kong student) has already been labelled an "extremist" by state-run media and has been accused of working for the United States government.

Wong began his political activism at the age of 15 by founding the group "Scholarism".

He began his role in political activism in 2011, by forming the protest group "Scholarism" alongside schoolmate, Ivan Lam, in order to resist China's new policy to teach patriotic, pro-Communist "National and Moral Education" in Hong Kong public schools.

According to the young activist, the new subject would have: "demand[ed] students to develop an emotional attachment to China." and was an example of the education curriculum in China being used to "brainwash" students.

In response to the proposed policy, Wong helped draw 120,000 people, including many parents and their children, to occupy the government's HQ, with 13 people taking part in a 10 day hunger strike, to pressure the government into retracting its plans. The government did eventually do so, despite it taking until the day before a decision had to be made.

Since that success in late 2012, Wong's movement has helped to ignite the pent-up frustration that many Hongkongers possess at the "semi-democratic" government currently in place.

The 17-year-old's revival of student activism has significantly aided the past week's "Occupy Central" movement.

Wong's revival of student activism through the protest group "Scholarism" has significantly aided the recent "Occupy Central" movement, a non-violent group aiming for universal suffrage. The Occupy group was recently ignited by the announcement that tight restrictions would be imposed upon the 2017 election of the city's leader, which would most likely lead to mostly pro-Beijing candidates appearing on the ballot paper.

The young activist, who regularly takes to the microphone during protests to rally crowds, has channeled the discontent that students have suffered into civil disobedience on the streets. And since 27th September, scenes have erupted between protesters and police on the streets of Hong Kong, a city that for a long time has been seen as a "safe financial haven".

Wong is seen by some within the pro-democracy camp as "a symbol of defiance against the government". 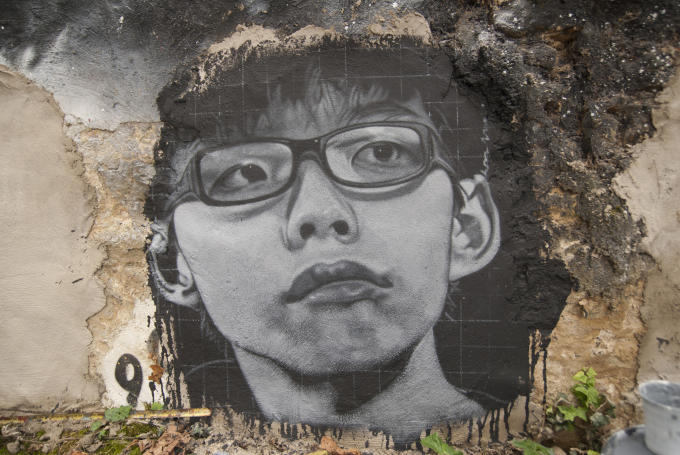 Speaking to CNN, Wong said: "if you have the mentality that striving for democracy is a long, drawn-out war and you take it slowly, you will never achieve it. You have to see every battle as possibly the final battle – only then will you have the determination to fight."

The 17-year-old told South China Morning Post, that he was prepared to be arrested after realising that civil disobedience was the only way forward for change to occur, having exhausted all legal and moderate ways to have the voices of disgruntled students heard by the government.

Those students and Wong himself are part of a younger and internet-savvy generation that see themselves as Hongkongers first and not just Chinese, with these protests a manifestation of their desire for more Western-style democracy. Their direct action has already lead Wong and around 61 other people to be arrested for “forcible entry into government premises and unlawful assembly” and many other protesters to be pepper sprayed.

Wong was arrested on Friday and released after being detained for 40 hours.

Whether Wong and the Scholarism movement can be as successful as before in forcing the goverment's hand, it remains to be seen, but a growing and more politically-engaged young generation can hopefully only lead to better things–and perhaps something closer to "genuine democracy".

You can watch a livestream of the Hong Kong protests on YouTube below.