These words are a rarely seen combination when it comes to social networks. But the new networking site, Ello, is hoping those words will be enough to entice users to resort to them as an alternative to Facebook and Twitter, social networks that rely heavily on ads to build revenue. Many of the ads that appear on these networks are targeted, meaning that advertisers can use the information that users plug into their profile, like their location, age, and gender, and target them specifically.

While this sounds like the perfect choice for those hoping to distance themselves from advertisers, the idea of an ad-free social network isn't a new one. Sites like Diaspora and App.net built themselves around just that, and haven't made a dent in the social networking universe. Interestingly enough, Ello began to pick up users for a different reason altogether. Recently, Facebook was criticized for suspending the accounts of LGBTQ users who didn't use their real names in their profiles, which goes against its terms of service. Instead of waiting for Facebook to respond to a petition, members from the LGBTQ community caught wind of Ello, and began signing up. Where did they go to spread the word? Facebook. And requests to join Ello have shot up from 4,000 to 30,000 per hour in about a week.

This is where Ello—which was built by seven artists and programmers, including Paul Budnitz, the former founder of kidrobot—has some similarity to the Facebook of old: exclusivity. Even with the amount of people requesting to sign up, the wait to get accepted could take a while (I sent in my request a day ago and still have not been accepted), and instead of letting those accepted invite dozens of their friends, they're now only allowed to invite five to 10 new people. 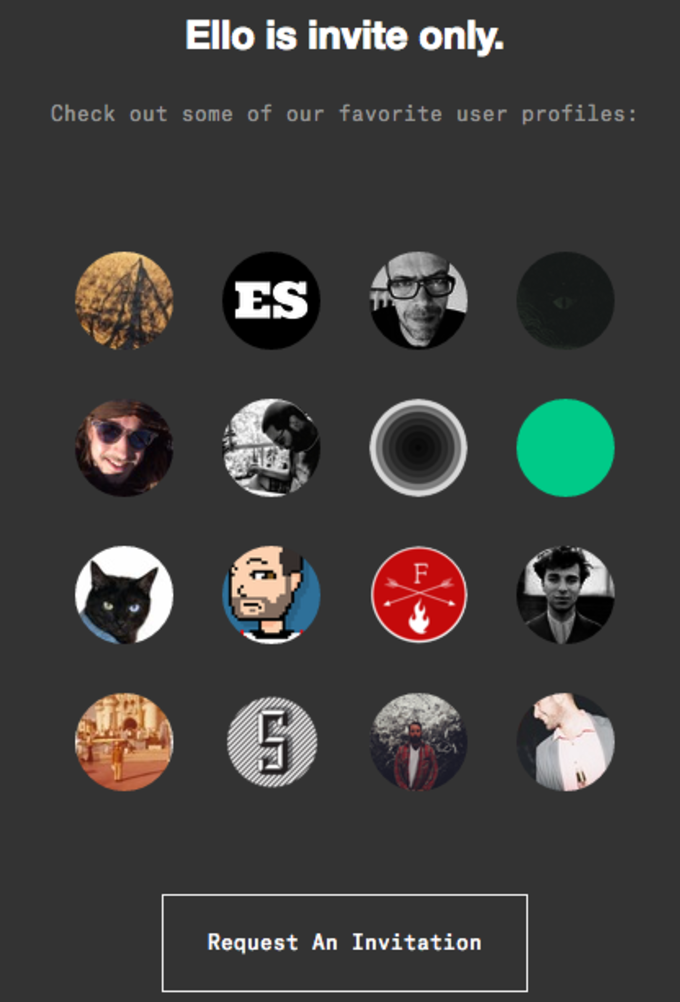 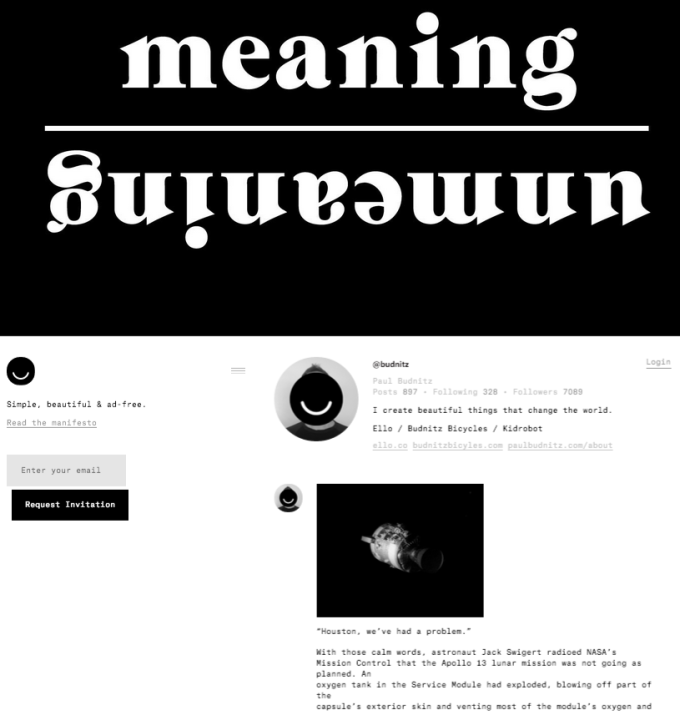 When Facebook launched, it had a simplified look compared to the leading social network of the time, MySpace. And now Ello has a simplified design in contrast to Facebook. The extra room provided by not having ads in sidebars opens things up for a lot of white space—white space that could be used to make money, if you ask Mark Zuckerberg. So how is Ello going to sustain itself without revenue from ads, anyway?

They're banking on a system smartphone users may know well. By offering the product for free, they're hoping to make money by selling you things to make the product better. In the case of Ello, this could be different themes or services. But as Ello user and former CTO of Kickstarter Andy Baio wrote, the social network received $435,000 from a round of funding from FreshTracks Capital, a Vermont-based venture capitalist firm—so this model may not pan out as expected if it doesn't become profitable at some point in the future.

But VCs don't give money out of goodwill, and taking VC funding — even seed funding — creates outside pressures that shape the inevitable direction of a company.

Before they opened their doors, Ello became hooked on an unsustainable funding model — taking cash from VCs — and will almost certainly take a much larger Series A round once that $435,000 dries up. (Which, at their current burn rate, should be in a couple months.)

VCs may invest in things they think are interesting or want to exist, but they primarily invest money in startups to get a return on their investment, on behalf of their limited partners. That return usually takes the form of an exit: an acquisition or an IPO.

Unless they have a very unique relationship with their investors, Ello will inevitably be pushed towards profitability and an exit, even if it compromises their current values. Sometimes, this push comes subtly in the form of advice and questions in emails, phone calls, and chats over coffee. Sometimes, as more direct pressure from the board. (FreshTracks' Managing Director sits on their board.) Or, if things go bad, by replacing the founders.

As Ello may find out, the more people you invite, the higher the chances that things can spin out of control. If Ello grows large enough to become a considerable competitor to Facebook or (more likely) Twitter, it might get those sites to change their advertising methods, which could be good for everyone who's concerned about companies handling private information for ads. But that's if Ello can stick to its own methods for the long run.