The move was long in the making. Soderbergh first made his name with 1989’s groundbreaking indie sex, lies, and videotape before embarking on an illustrious Hollywood career that included Out of Sight, The Limey, Traffic, Erin Brockovich, the Ocean’s Eleven movies, and Magic Mike. But in recent years, the director had stopped having fun in the film world, where endless financial hassles and release-strategy headaches had turned the entire enterprise sour. Yet Soderbergh, one of American cinema’s most daring, risk-inclined artists, isn’t retiring. The latest proof? Tonight's premiere of The Knick (at 10 p.m. EST), a Cinemax series starring Clive Owen as an early 20th century doctor at New York’s Knickerbocker Hospital. Soderbergh is not only executive producing the show, he's also directing. All 10 episodes. Himself.

That Soderbergh is assuming behind-the-camera duties for an entire television season should be front-page news, given that there’s no precedent for an Academy Award-winning filmmaker signing on to such a small-screen commitment. The fact that it’s not being greeted with stunned disbelief, however, says much about TV’s escalating transformation into a veritable auteurland where acclaimed directors go for complex projects and creative freedom. It’s a movement of paradigm-shifting proportions, and one that began in earnest earlier this year with True Detective. That HBO phenomenon’s eight-episode first season was headlined by movie stars Woody Harrelson and Matthew McConaughey and, just as importantly, was written by only one writer, showrunner Nic Pizzolatto, and directed by only one filmmaker, Cary Fukunaga (Sin Nombre, Jane Eyre). True Detective was, for all intents and purposes, akin to an eight-hour feature film, albeit structured in a traditional TV format. 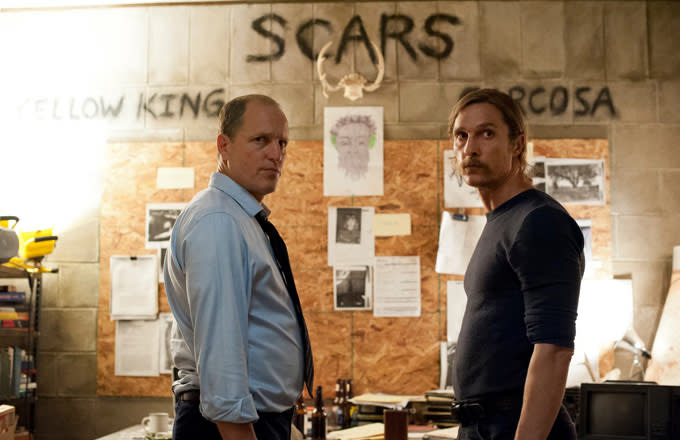 Of course, True Detective was hardly the first time a feature filmmaker has made the jump to television. In 1979, John Carpenter, fresh off the success of Halloween, enlisted Kurt Russell to star as rock 'n' roll’s king in the ABC made-for-TV movie Elvis; more recently, critical darling Todd Haynes (Safe, Far From Heaven) found that his feature plans for a Mildred Pierce remake were best suited for HBO, leading to a five-hour 2011 adaptation that starred Academy Award-winner Kate Winslet and Guy Pearce. Actors’ gravitation to the cable arena had, by Mildred Pierce, already become a somewhat familiar sight, be it Paul Newman in HBO’s Empire Falls, or Dustin Hoffman in HBO’s short-lived horse-racing series Luck. Yet an auteur like Haynes choosing TV over film for an illustriously cast period epic was, even as late as 2011, something new. It was a clear and unavoidable signal that, for many idiosyncratic artists, television afforded opportunities not fully realizable elsewhere.

What’s followed has been numerous TV movies from high-profile helmers, including Tommy Lee Jones (The Sunset Limited), Curtis Hanson (Too Big to Fail), Jay Roach (Game Change), Greg Mottola (Clear History), Phillip Noyce (Mary and Martha), David Mamet (Phil Spector), and Soderbergh himself, with 2013’s Michael Douglas/Matt Damon Liberace biopic Behind the Candelabra. And that’s just HBO. Look at the weekly directors credits of your favorite TV shows and you’ll see the likes of Rian Johnson (Breaking Bad's "Fly" and "Ozymandias"),  John Dahl (Dexter), Brad Anderson (Fringe), or Ernest Dickerson (The Walking Dead) taking the reins of individual installments. And when it comes to spearheading shows, moviemaking titans like Martin Scorsese (Boardwalk Empire) and David Fincher (House of Cards) have also gotten into the game, getting marquee ventures off the ground as well as directing debut episodes that then set the overarching style of the subsequent series. 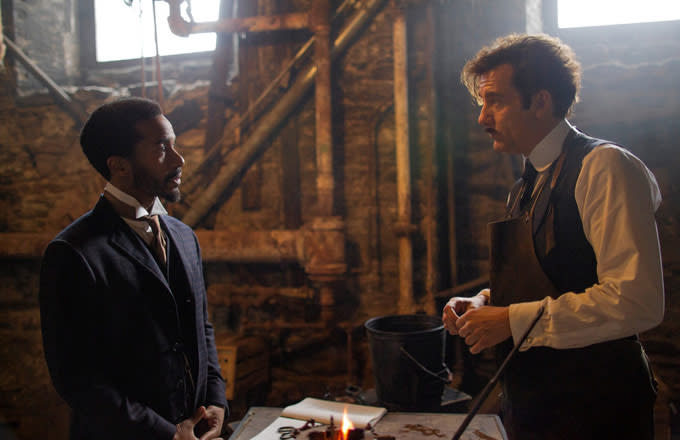 Soderbergh’s The Knick takes that trend one step further, following in True Detective’s footsteps by putting directorial control into a single man’s hands. From Cinemax’s perspective, the reasons for doing this are obvious: it lends the show’s first season a unique and consistent creative vision (and cinematic look and feel), it helps attract A-list talent to the project (in this case, Clive Owen as Knickerbocker Hospital’s drug-addicted surgeon Dr. John W. Thackery) and it instantly bolsters the show's critical cache. For directors, however, the benefits are equally great. Episodic series provide chances to dig deep into sophisticated dramatic material, to develop three-dimensional characters, and to craft expansive aesthetic canvases. Even better, they don't have to deal with ratings boards and the innumerable hassles that come from questions of theatrical/VOD distribution and advertising campaigns.

That this is a golden age of television is no longer in dispute. The medium’s wealth of fantastic dramas and comedies now conclusively speaks for itself. Rather than a pendulum swing apt to eventually correct itself, this renaissance seems permanent. The proliferation of TV channels intent on courting viewers (and awards) with mature fare, coupled with the comparatively meager number of mainstream movies now aimed at grown-ups, means that both stars and directors will likely continue to view television as a viable, coveted environment for prestigious adult-oriented work. The result, presumably, will only be the further participation by esteemed filmmakers in small-screen endeavors.

For confirmation, one need only look again to The Knick, which Complex critic Nathan Reese praised as the year's best new TV show. The Knick's advance word-of-mouth has been so positive, it’s already been renewed for a second season—with Soderbergh, again, at the helm.

Nick Schager is a film critic who's contributed to The Dissolve, Esquire, and The Atlantic, among numerous other publications. He tweets here.

Dante, Redemption, and the Last "True Detective" Essay You Need to Read

10 Directors Who Have Never Made A Bad Movie