FACT: It's been a mediocre summer at the movies and a lousy summer in the real world. We're not discussing it, it's a FACT. So let's retreat to the safety of the past. In the past, the controversies are already settled, the outcomes have been decided, and nobody is live-tweeting any riots. So what was twisting knickers 20 summers ago? Why, it was Natural Born Killers, Oliver Stone's violent media satire crazy thing! Ah, those carefree days of 1994...

Released on August 26, Natural Born Killers began its weird, hyperactive life as a Quentin Tarantino script that was heavily revised by Stone and two other writers. (Tarantino wound up with a "story by" credit and had his own Pulp Fiction hitting theaters a month later.) In its final version, Natural Born Killers follows the exploits of white-trash thrill killers Mickey (Woody Harrelson) and Mallory (Juliette Lewis) as they tear through the American Southwest shootin' folks just for giggles. They become Bonnie-and-Clyde-style media celebrities before being apprehended, then cause a high-casualty prison riot on live TV in the course of escaping into the wild again.

Like most violent films, this one was decried for its violence. The MPAA forced Stone to cut more than 100 grisly shots before it would grant an R rating. But controversy was nothing new to Stone (who already had Platoon and JFK behind him), and the complaints about Natural Born Killers' violent content were outweighed by the positive reviews and solid box office.

For a few weeks, anyway. Then the copycats started. In September, a Texas teenager decapitated a fellow student and said it was because he "wanted to be famous, like the Natural Born Killers." In October, a Utah boy obsessed with the film (he watched it 10 times the previous week and altered his appearance to resemble Mickey) shot his stepmother and half-sister in their sleep. In March 1995, a 19-year-old woman and her 18-year-old boyfriend dropped acid, watched Natural Born Killers on a loop, then went on a spree of their own. One of their victims survived and filed a lawsuit against Stone and the studio, claiming they "knew, or should have known, that the film would cause and inspire people to commit crimes." (The case was eventually dismissed.)

When the media blames a crime on a piece of art or entertainment, the correct response is usually to roll your eyes. But it's hard to do that in cases like these (and there were more), where the perpetrators themselves credit Natural Born Killers for inspiring them. Obviously, there's more to it than that—no movie, video game, or Bible story can induce violence in someone who doesn't already have issues, and we do not generally trust murderers to psychoanalyze themselves—but you can't totally discount it, either. 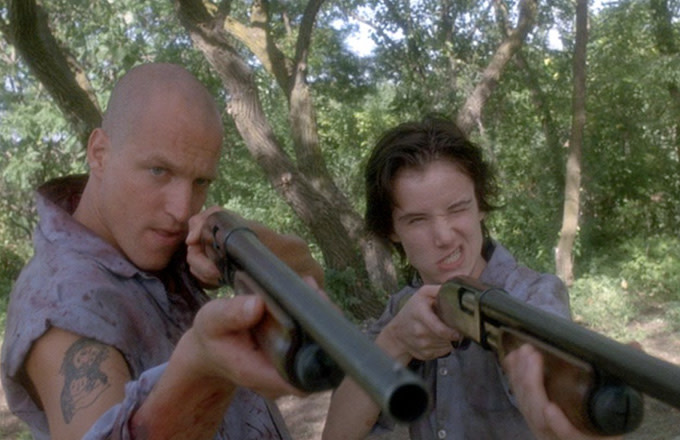 And so Natural Born Killers, a garish movie about ugly crimes, became forever linked with an assortment of real-world ugliness. The effect over time has been to make the film seem more brutal and monstrous in our collective memory than it really is. Don't get me wrong, it's absurdly violent. But after re-watching it recently for the first time since about 1996, I realized we've seen so many mainstream films of equal or greater gruesomeness since then that it hardly registers on the shock meter. Of course, it's worth pointing out, as Roger Ebert did in his contemporary 4-star review, that there were films this violent before Natural Born Killers, too. The difference was that they tended to be overtly gore-oriented slasher or exploitation movies, not mainstream films by Oscar-winning directors released by Warner Bros. on 1,000 screens.

Now we're more accustomed to it. Natural Born Killers-level violence has shown up in everything from the Saw and Hostel films to The Expendables, all wide releases from major studios, many with established stars. Trashy exploitation flicks like The Devil's Rejects, once relegated to niche theaters, open on 2,000 screens. The only outrage we feel over movie violence now is when it gets a PG-13 rating instead of an R, or an R instead of an NC-17. It's not the content itself that bothers us now, only the misclassification of it.

Stone's intention wasn't to criticize real-world violence. As he told The Guardian in 2002, "What I was doing was pointing the finger at the system that feeds off that violence, and at the media that package it for mass consumption." I was curious to see how Stone's depiction of the media, and of the public's thirst for true-crime bloodiness, would hold up after two decades. The answer: it's a mixed bag. Mickey and Mallory are shown to be bombarded with media 24 hours a day, a situation that has only increased with the advent of the Internet. That aspect of Natural Born Killers is eerily prescient. Stone could hardly have guessed, in 1994, that 20 years later we'd be even more attached to video-streaming electronic devices than we were then, that we'd be even MORE starved for constant entertainment.

Stone also got it right with Robert Downey Jr.'s character, Wayne Gale, a tabloid TV reporter. Gale's specific flavor of sleaziness has mostly dissipated (save for TMZ); nowadays it's disguised as real journalism, with ghouls like CNN's Nancy Grace sensationalizing crime while pretending to be horrified by it. Our appetite for titillating news coverage has not diminished. 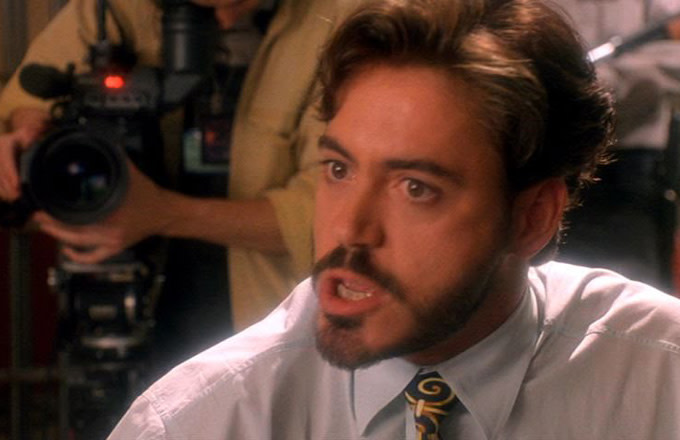 What doesn't hold up at all, though, is Natural Born Killers' portrayal of infamy in the media age. There is no modern analogue for Mickey and Mallory. America has had mass murderers since 1994—an obscene, tragic number of them, actually—but not the kind who become famous while still on the lam. Our mass-killers tend to wind up captured or dead at the end of their first spree, thank goodness. And if one managed to escape, he or she wouldn't last long. There are downsides to our modern surveillance culture, but one of the upsides is that it's nearly impossible for murderers to hide once we know their names and what they look like.

Furthermore, we've largely stopped romanticizing our monsters or turning them into celebrities. We've lost our taste for it. Do you remember the name of the Colorado movie theater guy, or the Boston Marathon bombers, or the "men's rights" psycho who killed six people in Southern California less than four months ago? They appear on magazine covers the week after it happens, but nobody in the mainstream speaks of them in admiring terms. We're often urged NOT to lionize them, actually, and to remember their victims instead. (We don't do that either, but that's another subject.)

It seems to me that the real-life horrors we've experienced since 1994 (including 9/11) have made the idea of idolizing a mass-murderer repellant. We saw a tiny bit of it with the surviving Boston Marathon killer, but only from a handful of teenage girls who thought he was cute, not from sensible people or media outlets. (In general, the actions of teenage girls should be disregarded as anomalous.)

In that respect, Natural Born Killers missed the mark. The days of dashing, popular outlaws like Jesse James and Bonnie and Clyde are behind us, and were probably already behind us in 1994. We'll root for alleged traitors, vandals, robbers, and saboteurs, but not killers. Not in real life. We don't have the stomach for it anymore.

Eric Snider is a contributing writer and film critic. He tweets here.