Director Jonathan Liebesman and producers Andrew Form and Brad Fuller are well aware of what you're expecting out of their Teenage Mutant Ninja Turtles reboot: that it'll be crap. But before you write the film off completely, you should know that these guys care about the characters as much as you do. Self-professed die-hard fans of the Turtles, the trio made it their priority to deliver a TMNT tribute that was as charming, as enjoyable, and as kickass as your childhood memories.

The film, which follows Donatello, Raphael, Michaelangelo, and Leonardo as they try to stop the elusive Shredder, hits theaters Friday. But before fanboys and fangirls get to see the final product, Liebesman, Form, and Fuller sat down to defend their fandom, their film, and, the most talked about issue of all, casting Megan Fox.

On the Pressure to Live Up to Fan Expectations

Brad Fuller: We’re all very tech savvy and we’re online and we read what they’re saying and sometimes it leaves a mark. We know that there are a lot of people who have huge expectations of this franchise. We wanted to give them something they would find satisfying and fun.

Andrew Form: It’s been around for 30 years, so there’s a lot of love from a lot of people since those original comics were released. But there's tons of pressure. Listen: We loved the movies, the comics, the cartoons. We’re huge fans. We enlisted creator Kevin Eastman to help us with this. We were always thinking about being respectful to the canon.

Jonathan Liebesman: Like Drew’s saying, we’re as big of fans as the people online. I knew sort of what I wanted in the movie as a fan. We read those comments and though sometimes it’s not constructive, it’s a helpful reminder that the project is important to other people, too. We take it seriously and it is a privilege to be making movies. It’s a privilege to stand on the shoulders of what Kevin Eastman created. After all that, all we really wanted to do was make a fun, charming film. That’s what attracted us to the Ninja Turtles—they're ridiculously fun. 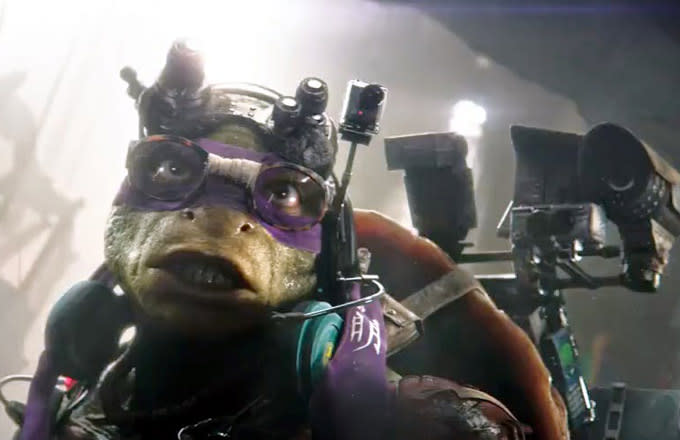 On Updating the Turtles

Fuller: If we had done the same thing as the 1990 movie, people would’ve said that we just did the same thing! There has to be an evolution to this. When you do that, you always upset people because they want it to be exactly the way it was, but when you deliver that, they say it’s not original.

Form: You’ve got to give the movie a reason to exist, and the technology allowed us to make this movie. Otherwise, don’t make the movie, just let the 1990 movie be great, just watch that. 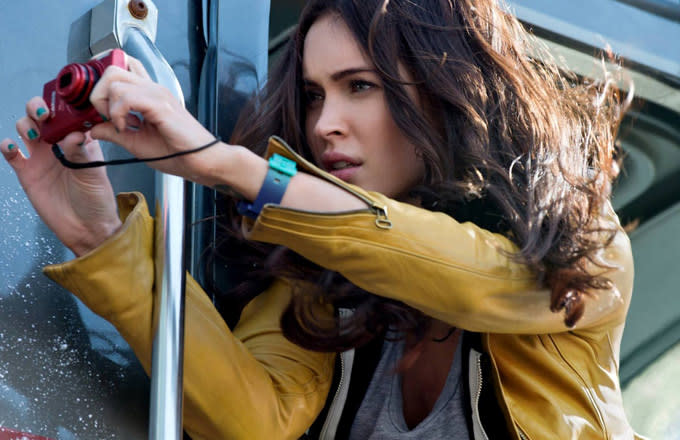 Form: Megan was in the family because she’d made the Transformers movies with Michael. We had also heard that Megan was a super fan of Turtles. You think of an archetype of April O’Neil and for us, Megan was perfect. There was no one else. We sat down with her for five hours and just talked about Turtles, and April O’Neil, and what’s going on in her life, and what’s going on in our lives. After that five-hour meeting, she sent an email saying, “If you guys don’t cast me, whatever, just know I’ll be at the theater.” We looked at each other and we thought, Megan’s April.

Plus, the fact that she made those Transformers movies helped us in production instead of educating someone new who had never worked with that kind of technology. 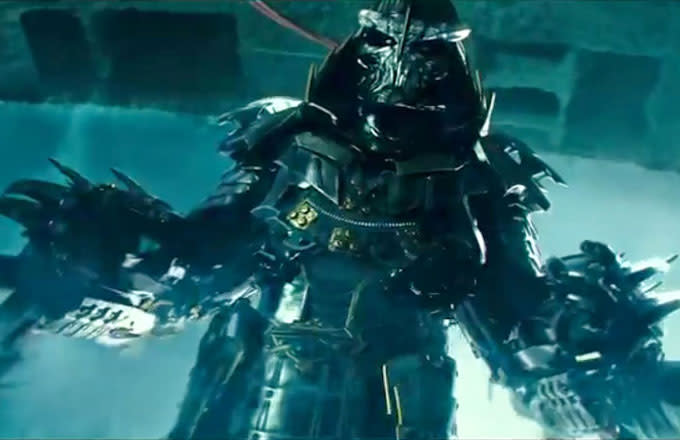 On the Final Battle and Pulling Back From Mass Destruction:

Liebesman: I remember, with Wrath of the Titans, we had to make this big monster. When you’re doing something that’s going to destroy the whole city, it takes away the intimacy of the final battle. You start to have to contrive ways for your turtles to stop things from happening. But we just wanted it to be mano a mano between the Turtles and Shredder. We wanted to keep it contained. Those images of destroyed cities are everywhere now. You don’t want to compete with that nor is there a need to. It doesn’t need to be any bigger than the Turtles, O’Neil, and Shredder.

And there’s no reason for it. It doesn’t raise the stakes of the movie. In this particularly movie, it’s unnecessary. In some movies, it doesn’t help anything. It doesn’t make you feel any more nervous for your leads.