Your Labor Day Weekend plans are probably set, and most likely involve some beach time and plenty of cold, not-exactly-healthy beverages. But guess what? Those beaches will be more crowded than Bryan Cranston and Breaking Bad creator Vince Gilligan’s trophy shelves after tonight's Emmys. You should make some alternate plans. 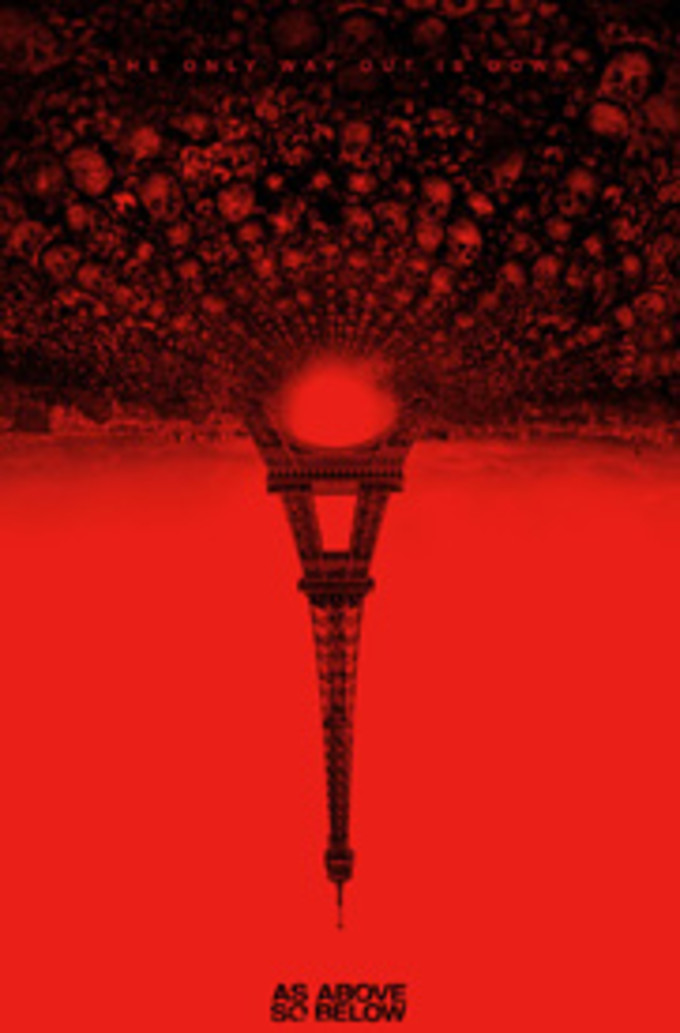 My suggestion? Find some time to hit up the nearest movie theater and catch As Above/So Below (in theaters Friday), the new found-footage horror flick that, much like last year’s You’re Next, is much better than its late-August release date might imply. In fact, it’s a real late-summer prize, particularly if you’re someone who appreciates scary movies like The Descent and Event Horizon, as well as that ‘80s kiddie classic The Goonies.

Set in the Catacombs of Paris, where it was also shot on location, As Above/So Below uses the subterranean Parisian ossuaries to its advantage, turning their key historical talking points (i.e., Capuchin friars, cryptic wall carvings, centuries’ worth of mythological lore) into catalysts for claustrophobic, supernatural tension. It revolves around a group of explorers, led by experienced adventurer Scarlet Marlowe (Perdita Weeks), who head into the Catacombs to look for the infamous Philosopher’s Stone but quickly become reluctant tourists in Satan’s native land.

Earlier this month, Universal Pictures and Legendary Pictures sent a select group of journalists out to Paris to tour the Catacombs and talk As Above/So Below with its filmmakers, director/co-writer John Erick Dowdle and producer/co-writer Drew Dowdle, and stars Perdita Weeks and Ben Feldman. We're running each of our one-on-one conversations starting tomorrow with Perdita Weeks, followed by Ben Feldman (on Wednesday) and the Dowdle brothers (Thursday). But first, as a nice little appetizer, get a feel for As Above/So Below's one-of-a-kind Parisian setting via these introductory, studio-commissioned videos with the film’s team inside the actual Catacombs.

The Scariest Movies of All Time