As long as Scott Snyder and Dustin Nguyen keep readers in decapitated heads and bandage-faced Joker daughters, we're still firmly on board with this book.

In this sneak peak of Batman Eternal #17, Batwing and Corrigan are still struggling in the chthonic depths below Arkham Asylum surrounded and outnumbered by the acolytes of the Joker's daughter. We're still on-board with the Joker's daughter as a character, but we think it's past time that she establish herself as an actual super villain and move out from the Joker's shadow. Once again, Dustin Nguyen's artwork delivers on providing sharp relief to Snyder's script. We're hoping that Batman Eternal #17 finally resolves the groundwork it's been laying over the last two issues as we're more than ready for some concrete answers from Snyder and company. 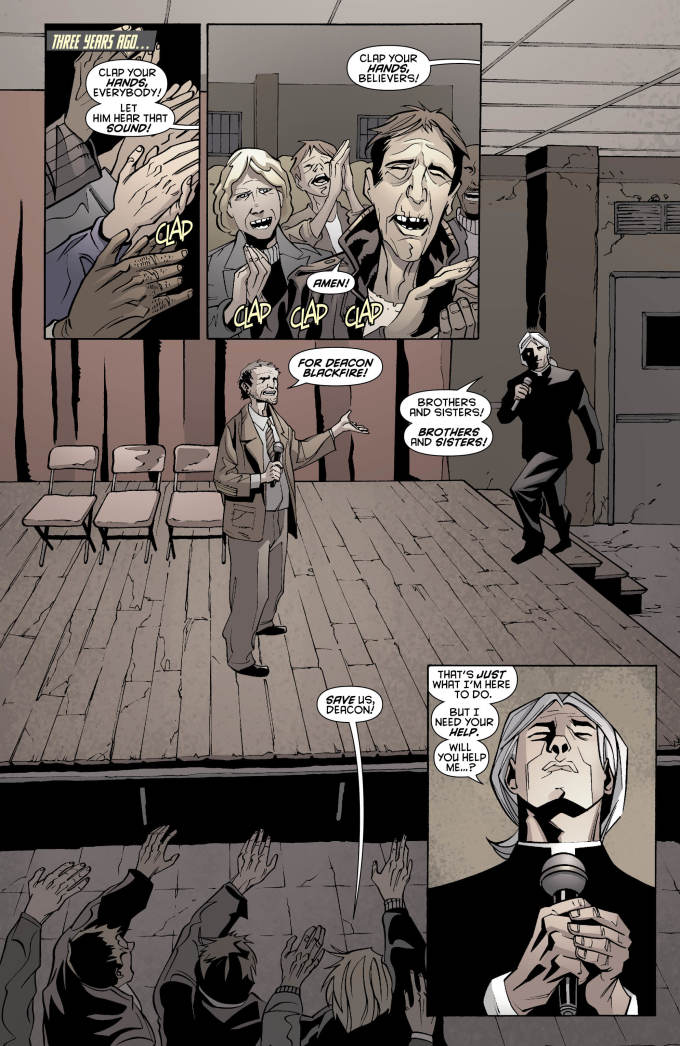 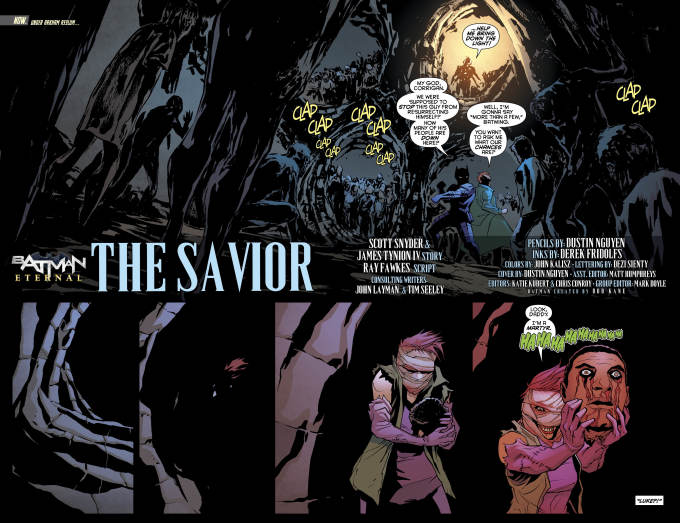 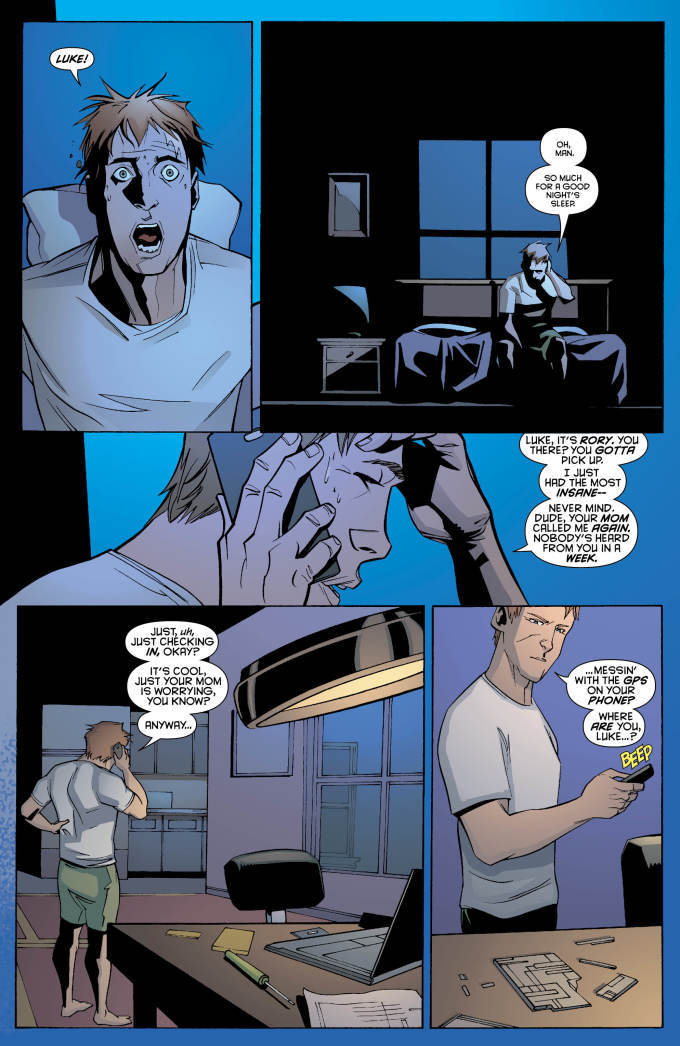 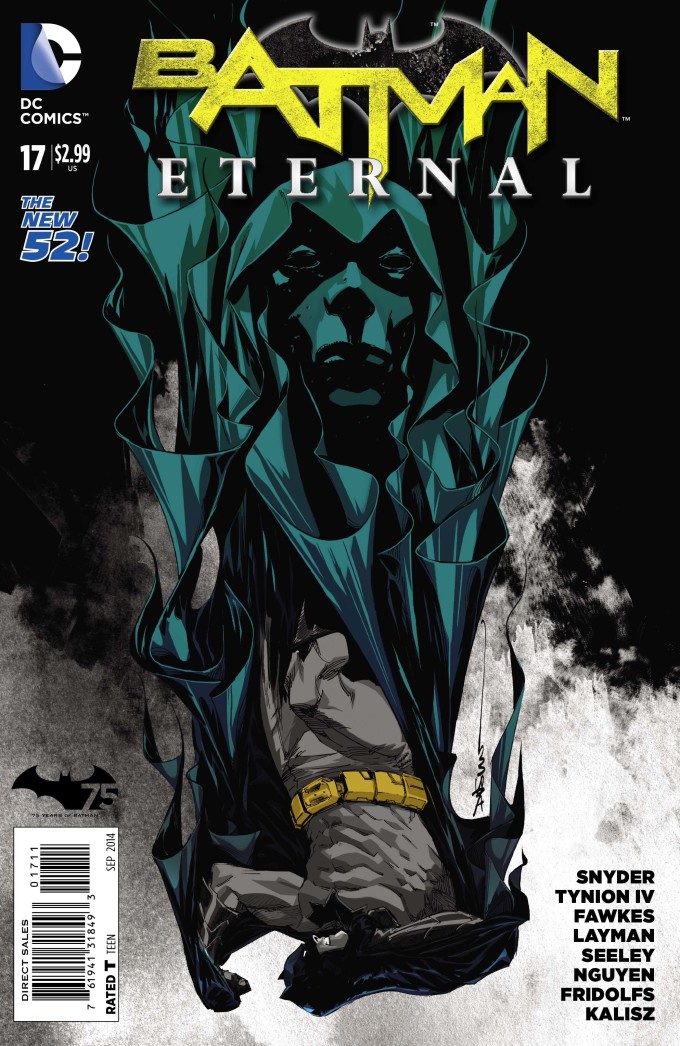