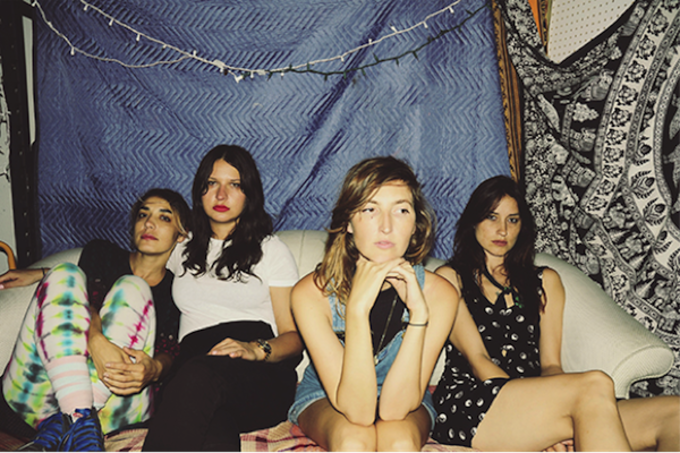 Image via Sacks and Co.

Los Angeles-based band Warpaint stayed fairly quiet for most of 2015, with members of the band working on their respective solo projects. The new year, though, seemed to bring new goals, as the foursome is back with a new song with a very apt title: “New Song.”

“New Song” is a lush and uptempo offering that acts as a terrific first taste of the band’s upcoming third album, Heads Up, which was recorded in pairs and alone (as opposed to as a full band) in an attempt for more creative freedom, for the first time ever.

“The doors were a little more open in terms of what was accepted and what wasn’t, because we were sharing ideas so rapidly between us,” says the band’s drummer Stella Mozgawa of the recording process in a press release. “The roles that each of us individually had—or had established—were a little more malleable.”

“I feel really proud of what we made—almost surprised and shocked,” adds bassist Jenny Lee Lindberg, explaining that the new album is like “evolution” of the band, sounding like a “mature version of Warpaint,” and “New Song” really shows that.

Warpaint’s upcoming album Heads Up will arrive on September 23. In celebration of the new project, they’ll be embarking on a world tour in September. Take a look at Warpaint’s tour dates and listen to “New Song” below.