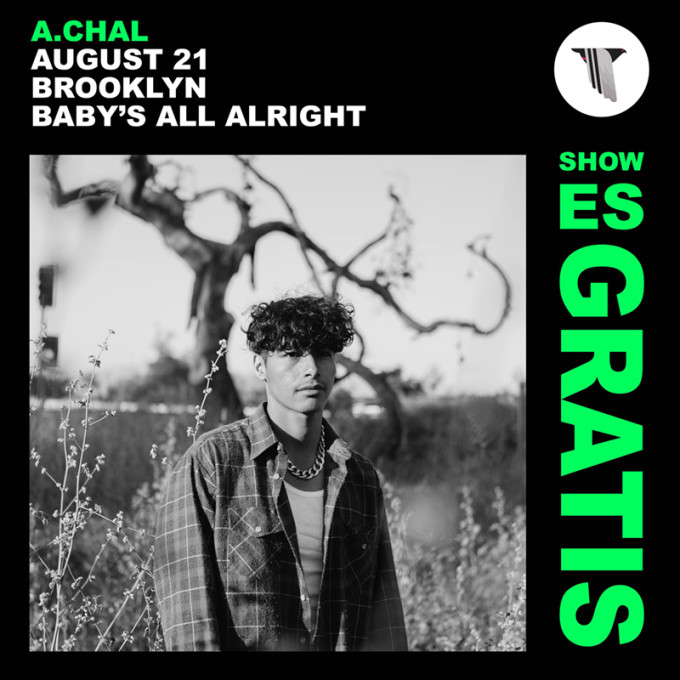 Walking the line between chilled-out R&B and head bobbing hip-hop, A.CHAL had a huge coming out party for himself in 2015 with sneaky hits like “Round Whippin” and “GAZI.” Channeling his Peruvian roots and eclectic influences into a distinct seductive style, the Los Angeles-based singer/producer has continued his hot streak into 2016—carefully navigating all the new attention cast his way and releasing his debut album Welcome To GAZI.

We’re happy to present an upcoming three-city run as A.CHAL hits stages in New York City, Toronto, and Los Angeles later this month. The concerts will be free to attend (first come first serve, subject to capacity) if you RSVP via the link below.