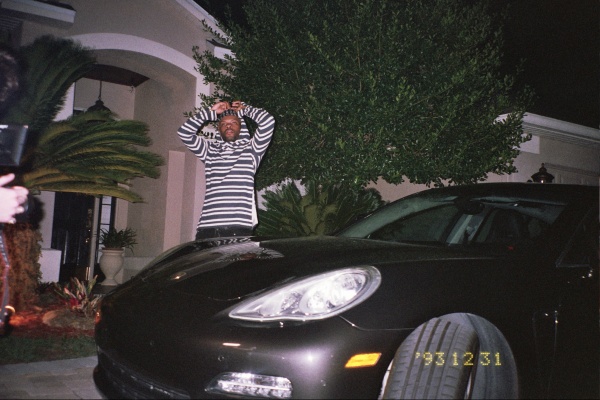 The Atlanta rap scene is something like a frenzied recess, with codeine-coated mumble rappers, Internet-bred bubblegum singers, and pioneers of the trap mixtape all playing on the same playground. Out walks newcomer Kevin Pollari, donned in head-to-toe 2008 Supreme and his signature scarf headband, but rather than timidly imitating the big kids he’s boldly asserting himself as “the biggest non-cosigned Internet rapper. Period.”

Though he’s owning the Internet rapper title for now, his debut full-length album, lil llàri world­, is his first real effort to break those bounds, and it’s also his most definitive project to date. “There are a lot of different influences, cities, styles, on here. It’s not one sound. This is what lil llàri world­ is about. This is the Kevin Pollàri tape.”

His recent hits like “llàrkelly” and “For You” have gained a wave of praise from his online admirers as he shifts from a rapping-only focus to establishing a recognizable, digitalized singing voice. This new style guides the majority of lil llàri world­. The project is filled with feel-good hooks and “adlibs that sound like a bucket of ice water was poured on him,” which is now an inside joke among his followers.

“Follies” features a guest verse from Lil Yachty, while other songs are blessed with production from Post Malone, Misogi, and Lex Luger. And according to Pollari, “’Bands pt. 1’ is the greatest song ever in the history of music. I promise you.”

When I asked him how he’d like to introduce his new album to the world, he answered, quite matter-of-factly, “Pray. Your sins will now be washed away. The time has come for your sins to be forgiven. The one has returned back to the planet to save the people. This is the greatest project of all time.”