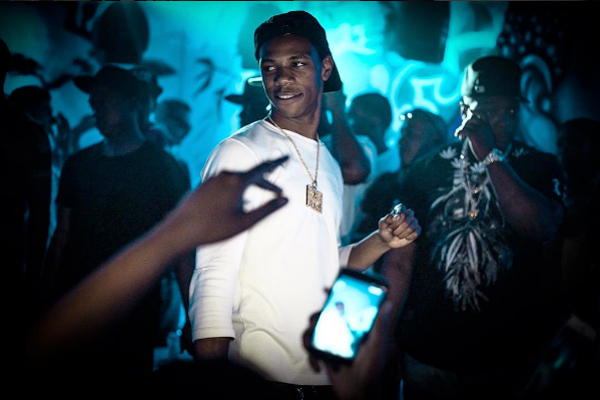 There have been countless debates about which region runs hip-hop today: the West Coast, the Midwest, and the South have all staked their claim in recent years. Flagship cities like Los Angeles, Chicago, and Atlanta have grown to influence hip-hop’s birthplace of New York in one way or another as rap in the Big Apple has become a melting pot of inspirations.

This year, New York once again has a group of MCs who don’t fit their city’s traditional mold. While G.O.O.D. Music signee and Brooklyn native Desiigner is the first artist that comes to mind, A Boogie Wit Da Hoodie has been buzzing in the Bronx’s Highbridge neighborhood, steadily gaining recognition ever since releasing his breakout project Artist: The Mixtape.

A Boogie’s style of rap is accessible and melodic, full of infectious hooks and unforgettable one-liners, and he’s quickly winning over his city. He’s getting radio play on Hot 97, co-signs from heavy-hitters like DJ Khaled and Meek Mill, and crowds at his shows already know every word to songs like “My Shit,” The Jungle,” “Still Think About You,” and “Friend Zone.” He’s not yet a household name, but it’s starting to seem like it’s only a matter of time.