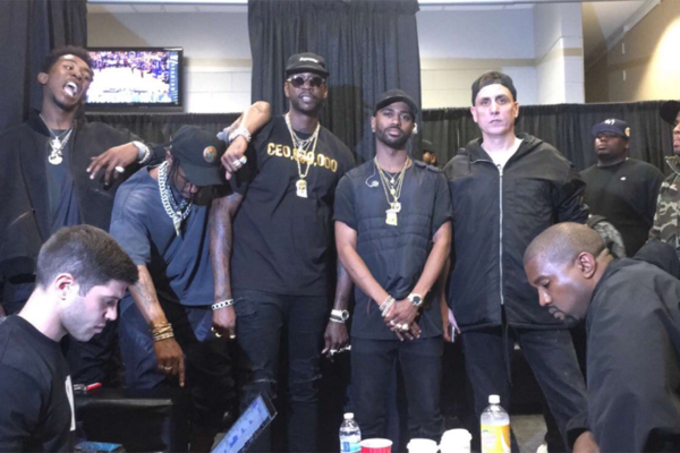 Earlier today, Governors Ball festival in New York was cancelled because of adverse weather conditions and the danger or storms and lightning. Many were worried that Hot97’s Summer Jam, also scheduled for today, would be cancelled too. Hot97 confirmed that the show would go on, but all action on the outdoor Festival Stage, where Chance The Rapper and others were scheduled to perform, was cancelled.

Everything going down on the Stadium Stage, where Future, G.O.O.D. Music, and many more are scheduled to perform, is being livestreamed. According to social media Kanye and the entire G.O.O.D Music family is in the house, so who knows what might happen?

Related: Kanye West Is Planning on Performing The Life of Pablo at 2 a.m. In New York
Related: Listen to the First Single from G.O.O.D. Music’s Cruel Winter Compilation Now