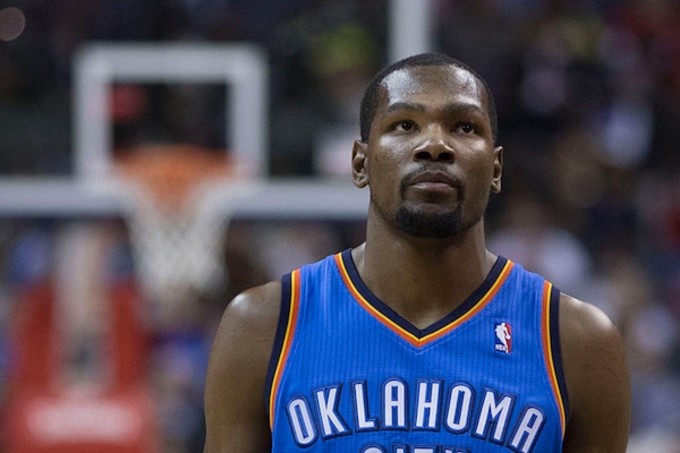 Lil B has cursed many people, and one of them is NBA superstar Kevin Durant. The beef between the two has been going on since 2011, when Durant said Lil B was a “wack” rapper, after which Lil B tweeted, “KEVIN DURANT WILL NEVER WIN THE TITLE AFTER HE SAID “LIL B” IS A WACK RAPPER, THE BASEDGODS CURSE”#THEBASEDGODSCURSE ON DURANT – Lil B”

True to the curse, Durant has yet to win an NBA Championship, but their may be hope for KD: Lil B said that he will lift his curse on Durant if he signs with the New York Knicks in free agency, tweeting, “”If KD goes to the New York Knicks I am willing to lift the curse” wow!! “The BasedGod” just told me to say this!!! Wow!! – Lil B”

Durant is set to meet with six teams to discuss his NBA future, but the Knicks are not one of those teams (despite their interest), so it looks like Lil B’s curse will continue to live on.