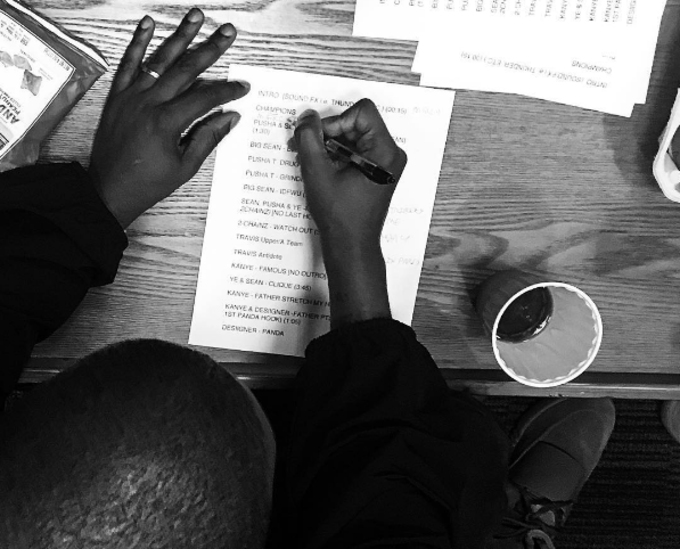 Scroll to the bottom for the most recent updates and location of the show.

It’s been a crazy day for Kanye West fans. Kanye was scheduled to close out the Governors Ball music festival tonight, but it was canceled due to weather. After that happened, Justin Bieber’s manager Scooter Braun hinted that Kanye might have a back-up plan. Hot 97’s Ebro confirmed that Kanye would be at Hot 97’s Summer Jam, where he is performing with Pusha T, Big Sean, Desiigner, and the G.O.O.D. Music team.

But it looks like Summer Jam won’t be Kanye’s last stop of the night. While Kanye and the G.O.O.D. Music squad perform, ‘Ye’s creative director Virgil Abloh shared on Instagram that he’s plotting the next move. “Summer Jam now,” his Instagram caption reads. “We’re doing PABLO at 2 am in Manhattan. Sorting out where now.” Stay tuned.

UPDATE: Virgil changed the caption to just “Summer Jam now” but you can see a screenshot of the original post below: 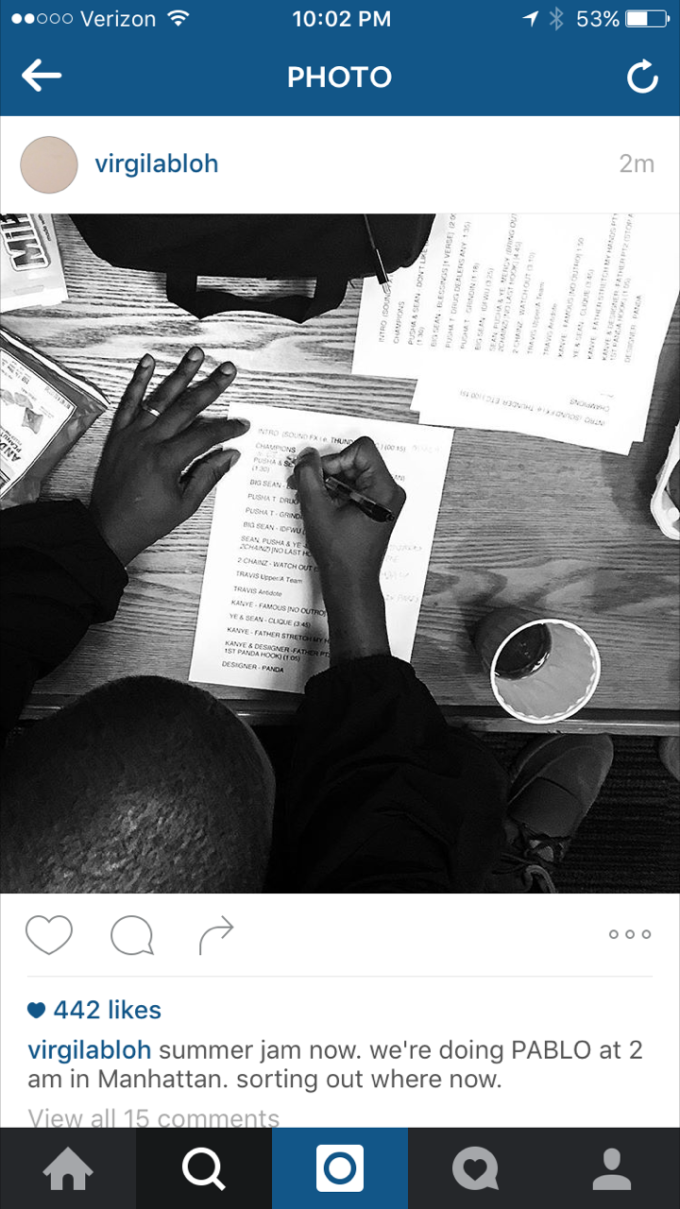 UPDATE: According to 2 Chainz, the show is at Webster Hall at 2 a.m.

The Kanye show is at 2 a.m. at Webster Hall, according to @2chainz https://t.co/60j7HFCw2D pic.twitter.com/dIM3qlmGlh