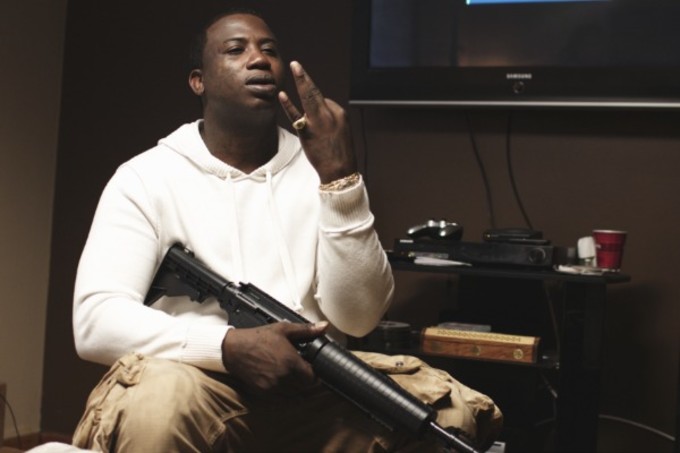 Gucci Mane was released from prison four months earlier than expected on May 26, and since then, he’s joined Snapchat, released a new track called “First Day Out The Feds,” and hopped on songs with Kanye West and Drake. That’s a productive stretch, but it’s also par for the course of his career.

Since 2006, Guwop has released a mountain of mixtapes, and now, thanks to diskography.tumblr.com, all the ones released from 2006 to 2015 are available to download all in one spot. The downloads are grouped by years, so the 66 included mixtapes can be downloaded in just six files. Most of these mixtapes are available to download elsewhere, but not in a package as easily accessible for those wanting to populate their collections without clicking through so many individual download links.

Gucci had been in prison since May 2014, after pleading guilty to possession of a firearm by a convicted felon, but he still managed to be productive from behind bars: After all, this collection includes 16 albums that were released during that period.