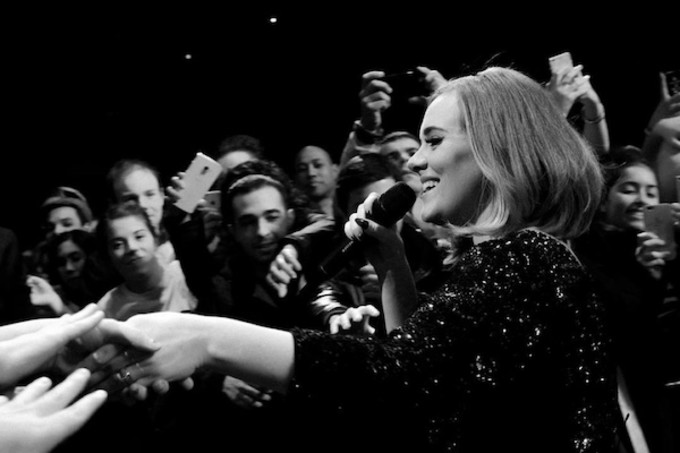 Adele never had the proper bravery to headline a festival as big as Glastonbury, but she conquered her fears last night and tore through a set filled with her signature albums and vibrant personality.

“Glastonbury means the world to me, I’m not even lying,” Adele said during her headlining set. “I’ve always wanted to do this my whole life but I’ve been too scared.” She later added, “I have never been so moved by anything in my life… This is, by far, the best moment of my life so far.”

At one point, she brought a young female fan on stage to ask about her Glastonbury experience and pose for a photo. She also took a minute to collect some gifts from the crowd, which included a Muppet-like doll and a red fez hat, which she immediately donned.

Adele spoke with the BBC’s Jo Whiley before her set and talked about her history with the festival, saying it’s been a big part of her life for a long time: “That’s what’s made me want to do it, because I grew up at festivals, and Glastonbury is a massive part of my life.”

Watch some footage of Adele’s performance below.

Adele brought up a young fan on stage! https://t.co/H7lypOUEtY

Would you forget this if you were there? It could only be @Adele. ? More of #BBCGlasto here: https://t.co/7uwAiNd5jA https://t.co/RZI8nQXRHJ