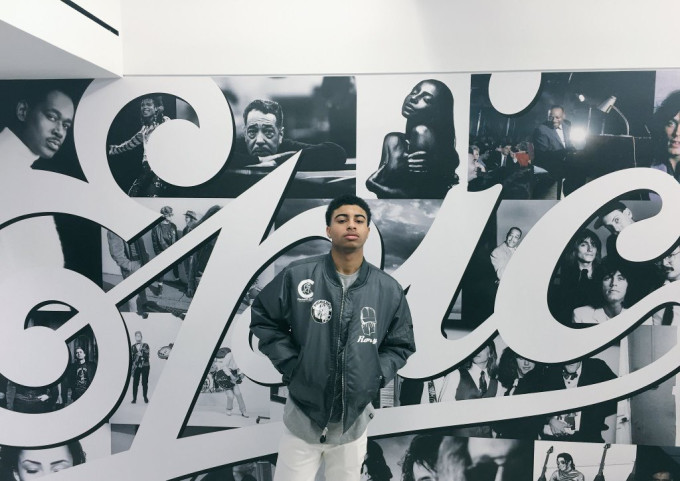 “I have no idea how this happened,” Rory Fresco wrote via email. It was January 9, and the Kansas City rapper’s song “Lowkey” went from having 5,000 plays on SoundCloud to having over 150,000 in less than 24 hours. This wasn’t because of a Drake co-sign, a television placement, or a viral vine—it was because the song was selected by SoundCloud’s algorithm to be played directly after “Real Friends,” a song Kanye West released to SoundCloud on January 8. Today, “Lowkey” has over two million plays on SoundCloud.

“It was random. I had no idea it would grow to this,” Fresco told us the morning after “Real Friends” dropped. “I got girls from middle school hitting me up… I just wanna show the world more of my creations from my bedroom in the basement.”

From there, things progressed quickly. The story of Fresco’s lucky strike got picked up by dozens of websites—including BET, Complex, and Fader—and on March 9, Rory Fresco announced that he was signed to Epic Records. His manager Jesse Brown made the announcement via email.

Fresco had won over the A&Rs at the label and impressed the staff during a showcase performance. “He did the showcase,” Brown explains. “Everybody on the staff enjoyed his performance, and all the music that we had. We basically had his album, like the first stage of it laid out.”

But by April 7, less than a month later, Rory Fresco was not signed to Epic Records. He decided not to join the label, and to finish his album and ready it for an independent release instead.

“It was definitely some miscommunication,” Brown says, “because we were at the [Epic Records] office and everybody was like, ‘You can pretty much say you’re with Epic.’ Everybody liked him. When we left, it was like, ‘Welcome to the family.’ So everybody was just jumping the gun. It’s not done until it’s on paper.”

“Yeah, I really didn’t decide not to, but I didn’t decide,” Fresco adds. “I haven’t really fully committed to it yet. The deal is still up in the air. I’m still weighing my options.”

Brown says that it all depends on the terms of the agreement. “If we were to do the deal with them, we’d have to get everything more beneficial for him basically. We’d like to do Epic. They want to sign him, but for us to do it, it’d have to be in favor of Rory. But as of right now, we’re not thinking about it. If they wanna compromise a little and do what we want to do with him, it’ll happen sooner.”

I don’t necessarily think it’s important to stay independent. It’s really about where your goals are at. My goal is to be huge.

For Rory Fresco, the goal isn’t to keep things independent. “I don’t necessarily think it’s important to stay independent,” he says. “It’s really about where your goals are at. My goal is to be huge. My point was never to just be an independent artist.”

But for now, Rory’s ready to grind away without a label, share his music, and hit the road to build his fan base. His follow-up record to “Lowkey” is “Runnat,” and although it hasn’t gone viral yet, it’s picking up steam. After only three days, it’s racked up over 15,000 plays.

Expect more music and content from Rory Fresco in the near future. “When it’s coming, it’s gonna come super fast. Just expect a lot to come.”