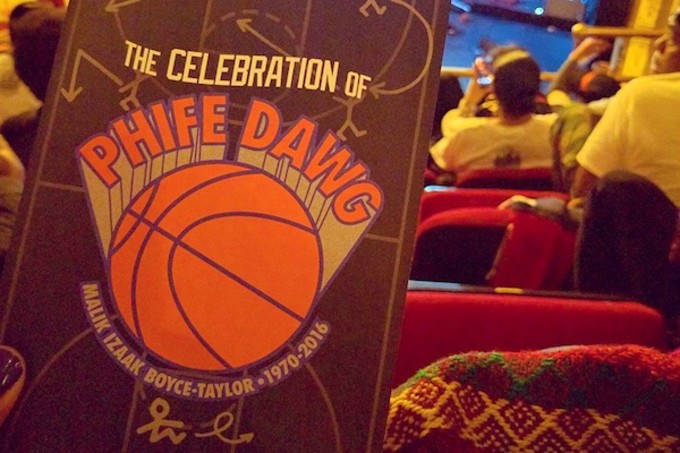 “The Celebration of Phife Dawg” tribute event took place at the Apollo Theatre in Harlem tonight, and as was promised, an all-star lineup turned out, including Kanye West, André 3000, The Roots, D’Angelo, Chuck D, Busta Rhymes, KRS-One, Consequence, Grandmaster Flash, and others.

Kanye West spoke at the event and expressed how much influence Phife and A Tribe Called Quest as a whole have impacted him, saying, “Anything I ever did wrong, blame [Q-Tip] and Phife, because y’all raised me.”

Busta Rhymes got emotional when talking about his former collaborator, coming to tears. “I just want to thank my man Malik Taylor, Phife Dawg, the Five-Foot Assassin, for being the big brother I needed when I was at a crossroads in my life,” he said. André 3000 also said that “Outkast would not be Outkast” if not for Phife Dawg.

Check out some footage from the event below.

#KanyeWest at the #RevoltTV #CelebrationofPhife tonight. Kanye says he grew up on #ATribeCalledQuest and that if he's ever done anything wrong blame #QTip and #PhifeDawg cause they raised him. Like❤ Comment💬 Tag A Friend👥