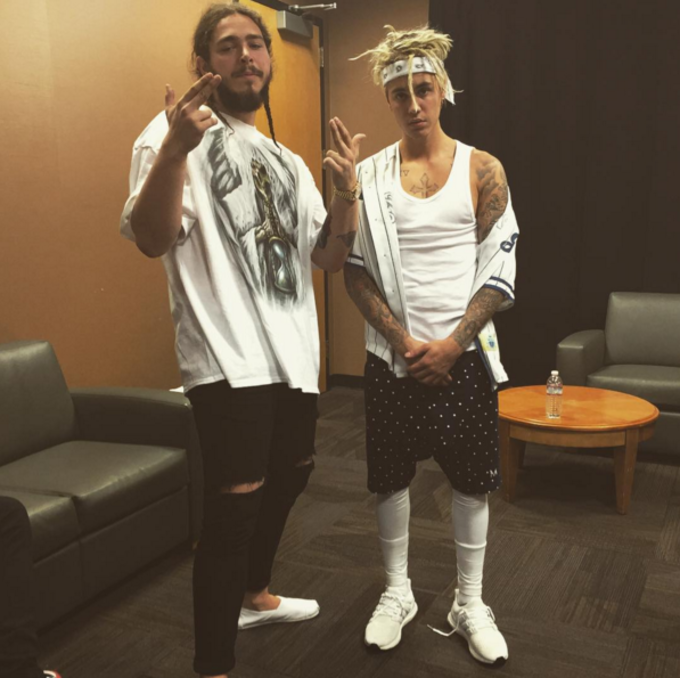 A couple of days ago, a video surfaced of Justin Bieber touching a cigarette of some sort to his tour mate Post Malone’s arm. TMZ posted it, sparking rumors that Bieber and Post aren’t getting along. Those rumors were fueled when a photo popped up online today, appearing to show Post Malone with his hand wrapped around Justin Bieber’s neck.

Justin Bieber uses Post Malone as an ashtray which resulted in a choke? pic.twitter.com/6Sr4xl5hZv

The tabloids had a field day, calling the photo shocking and speculating a brewing beef between Post and Bieber. Post Malone has taken to Twitter to dismiss those rumors and ensure that everything is good. “I love Justin y’all tripping,” Post tweeted. He went on to explain that the two are like brothers and that they like to rough house. 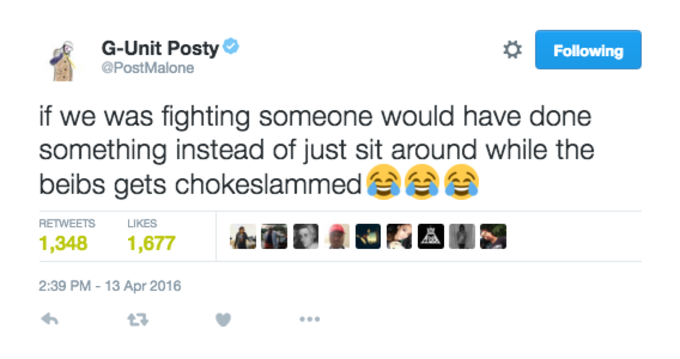 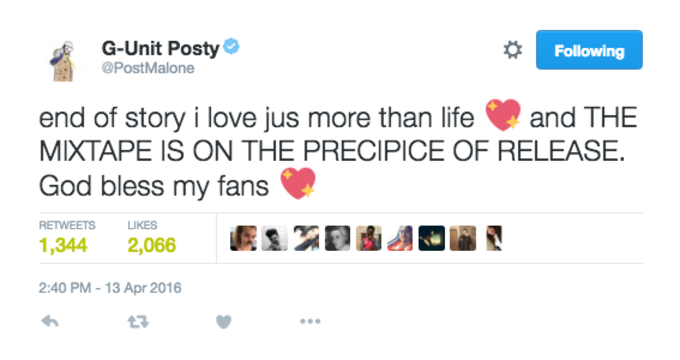