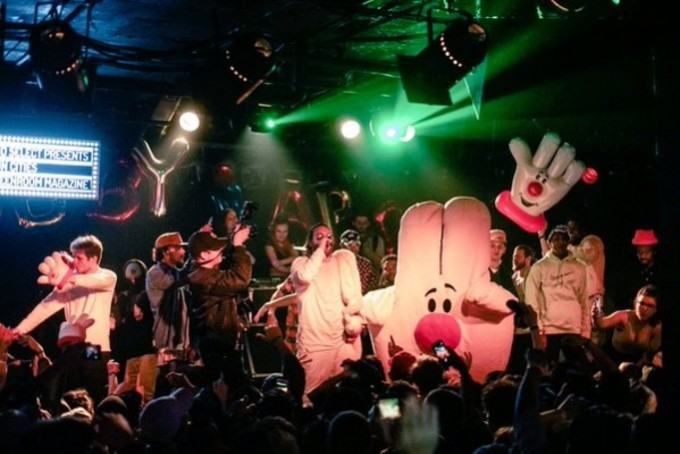 Last night, Bobby Raps performed for his hometown crowd in Minnesota at a Red Bull Sound Select show with Father and Martin $ky, and he brought a special surprise guest with him.

Shortly after a tweet in which Hamburger Helper’s mascot “Lefty” announced that he was “stepping out tonight,” the face of “the hottest mixtape in the kitchen” jumped on stage to perform “Feed The Streets” with the Minnesota native.

The crowd went absolutely insane and you can watch a clip of the performance below and also check out the Watch The Stove mixtape if you haven’t already.

Related: We Talked To The Guy Behind Hamburger Helper’s Crazy Rap Mixtape, Watch The Stove