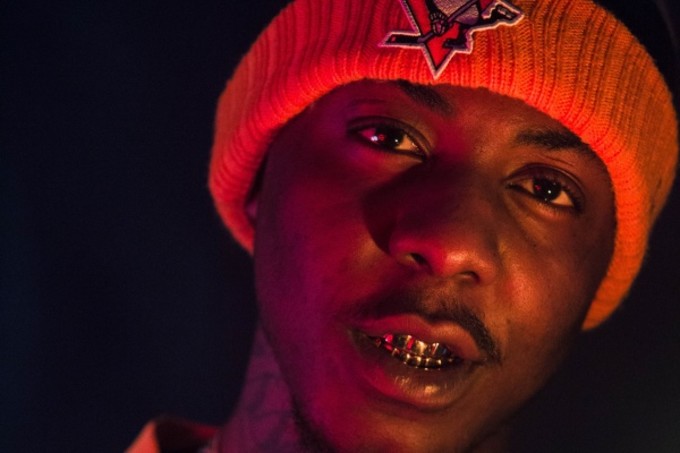 MobSquad Nard has it all mapped out. He’s been rapping since he was in fifth grade and now, at 25 years old, he’s catching his big break. The Jacksonville native is on The Smokers Club tour this summer, and he recently released a mixtape that is stacked with big-name features and production.

Everything Clean But Da Ashtray features verses from 21 Savage, G Herbo, and Big K.R.I.T., and the production credits include Zaytoven, FKi, and Street Runner.

Nard is from Florida, a part of the country that has been on the rise recently in hip hop. But it’s not rising for any one reason—the state is producing a whole host of sounds and diverse influences, and Nard is case in point—he finds a pocket in every track and delivers tracks that can be resonate in any region.

Check out the premiere of MobSquad Nard’s “Projects/Squad” video below, and keep reading to get familiar with the rising rapper.

What was the process of making this video for “Projects/Squad?”
It’s just Duval shit. Jacksonville, Florida. “Projects” was in Eureka Gardens. It’s love everywhere, project love all through. We shot the “Squad” video in Palmdale. Overall it wasn’t nothing major, it wasn’t no busy day. We landed in Eureka, pulled up on Fat Boy and told him, “Shit, we finna bring them RED cameras out there, them drone cameras out there. Finna bring them 4K pictures out there, we finna shoot a movie.”

One of my lil homies, she whipped up on me in an Audi truck, we swapped cars. I had the Jeep, so we swapped and I pulled up in the Audi truck for the video. We were just hanging out.

Our projects, we have about one or two floors, maybe three floors at the most. We don’t go that far off of the ground here because we have a lot of land, we don’t have a lot of people that stay here. There’s not a lot of money here, I mean it’s cash, I’m not gonna say we ain’t eating, but it ain’t money like there is up there.

The cost of living is different, it doesn’t cost much to live here compared to how much it costs to live there. It’s a little different in the South, especially Jacksonville. We focus on things people up north are too busy to focus on. We master certain things, and it’s not that people from the North don’t do it, it’s just we have a different way down here. It’s love everywhere though.

Who were your influences growing up?
Of course all of the Southern legends, but I wasn’t restricted to just the South. There’s some guys from the West Coast too, like I used to listen DJ Quik. But the most influential rappers for me were the ones who I really admired in this gangsta shit and stood by what they said, ones where I could believe what they had going on. Like Soulja Slim, No Limit Mac.

I did an interview with XXL and they said Mac thinking I was talking about Mac Dre and no disrespect to Mac Dre, but I don’t even know one of his songs. When I mentioned Mac, I was talking about Mac from No Limit. He caught a charge and he’s doing a sentence right now. I been looking up to him since I was about seven or eight years old.

I was like 10 or 11 and I couldn’t put my hands on the shit they were talking about but it made me want to. People like Trick Daddy, that gangsta shit, pimp talk. Even rappers who like Starlito who I have on my tape, or Big K.R.I.T. Them boys influence me too. I listen to their shit, I hear what they have going on.

What are those categories and which one do you fit into?
You got your freestyle rappers, they’ll just go in and come up with something off the top. You got your people who will write something and you got organized freestylers. It’s just different little ways that people lay their verses and I didn’t know that. When I first got in the studio I thought people went in and just did it in one take. There’s people that punch in and record like three or four bars, caught a breath, and then pick up where they left off. That was new to me when I first started.

It was announced that you will be on The Smokers Club Tour, joining artists like Cam’ron and G-Herbo, are you excited for that?
Hell yeah! I’m trying to carry on The Smokers Club legacy, this is my first time and I don’t exactly how they’re rocking but I’ve always fucked with The Smokers Club. Plus, I’ve been blowing for God knows how long, over 10 or 12 years. Weed is the universal love drug. We just gonna rock out, from city to city to city. Everything is gonna be clean but the ashtray. 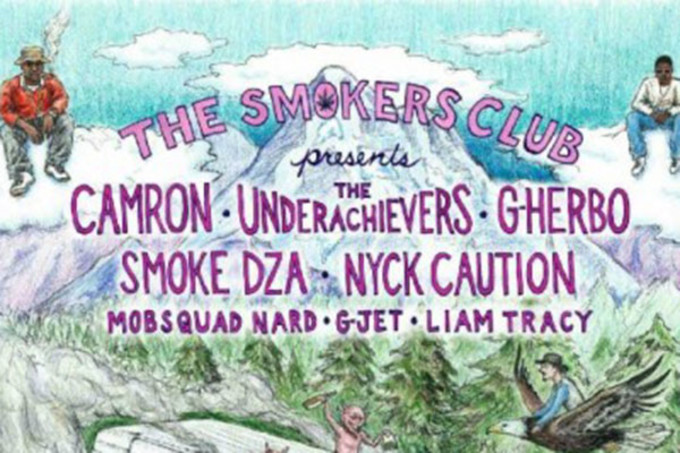 Image via The Smokers Club

You had a ton of features on your mixtape, Everything Clean But Da Ashtray, how did you get such a wide range of features and still manage to bring it together?
I’m versatile, ya know? It’s like UGK, them boys used to work all over. Pimp C would work with cats like Jay-Z, then go out and fuck with E-40, you know just doing stuff like that. I feel like rap is universal, it’s music. I got my swag and you’re gonna know where I come from, you’re gonna know I’m from the South, you’re gonna hear me. It’s not like I just jump on different tracks and blend in, I just feel like I can make music wherever. I can do it all bruh, cause I’m smooth. I’m a man, I can come however I want on a beat.

Where do you see yourself fitting in the game today?
Really I have my own lane, I don’t see myself trying to fit in. I ain’t tryna fit in, I can make enough money to take care of my people just off of doing me. I can make music with whoever, like any one of these little rappers, real or fake, I don’t care because I can make their fanbase become a part of mine. Everyone makes their music how they make it, I got homeboys in the industry who aren’t about any of the stuff they rapping but I can’t discourage them. I can tell them what’s real from what’s fake but how they feed their family and their children is how they do it.

You said that you’ve been rapping for a long time before catching a buzz, do you think you’re handling things differently now as opposed to how you would’ve handled it if you blew up at a younger age?
For sure, it’s like posture. I don’t want to bring this to dope or take it to the street level but that’s where I’m from. When you first cook a piece of dope, whether it be a seven or a eight ball, you’re not gonna know what you’re doing the way you would if you had cooked it 100 times. I’ve been rapping and writing verses since the fifth grade and my first verse is not the same as my verses now.

When I wrote my first verse I just wanted to spit bars. Now I ride the beat with it and have bars. It’s like when you whip that circle, you’re gonna know that you have to splash water on it, you’re gonna have to let it dry, you don’t wanna lose grams on it. It’s just like that when I write a verse. When I get in I want to make sure my shit is picture perfect, when I drop it, when I lay it, everything got to be A1.

What’re your plans for 2016?
I’m still waking niggas up. Everybody don’t know me, so I’m staying down. I done wrote out this plan about six or seven years ago and it’s just fulfilling it. Staying down, striving, making moves. I got people who fuck with me. I’m not tryna make it seem like I’m on no super independent shit. I’m a part of Cinematic, it’s a record label. I’m playing my part, I fuck with my folk. I’m giving them everything I can, so that us as a label can prosper.

I’m about making this shit do what it do forever. Not just making no wave, I don’t wanna just have a good run in this shit. When my run is over I want it to be after my great grandchildren die. That’s when my run’s over. I’m gonna get a check, and we gonna spread life and put my city on. I already got niggas moving in Jacksonville. It’s love out here, it’s real niggas out here, especially niggas like me.